AWAY: Journey To The Unexpected Is A Rogue-Lite Love Letter To Classic 90s Anime

Let the French demonstrate their love of anime through gaming; the creator of The Last Penelope have debuted their next title - AWAY: Journey to the Unexpected.

Well into development with Aurelian Regard, AWAY is something very different to their last game. Being worked on by Jim Gennisson - a level designer on the Rayman franchise - we're certain to see something quite different to the racing title Regard released a few years back. 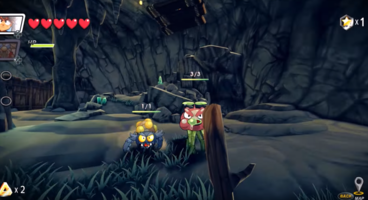 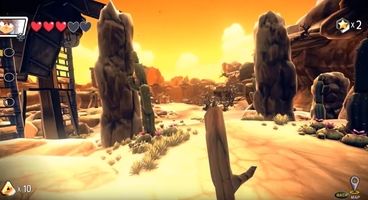 Set to be published this year by a new label set up within Plug In Digital, AWAY debuts with a fully animated trailer that already shows off the team's anime approach not only in visuals, but by the peppy score put together by Aya Majiro and Kazuhiko Naruse. The game sets itself out to be a rogue-like action game with sharp 2D animated sprites filling a beautiful 3D world with the teaser animation handled by Jarome Perillat of Ladybug and Cat Noir fame.

"...sometimes I really miss the silliness of the 90's anime shows we grew up with in Europe. This is how this project started, and I hope others will enjoy this experience as much as we enjoy creating it!” said Aurelien Regard through the game's announcement press release.

If that isn't a pure enough reason to make a video game, we challenge you to come up with another. Follow your dreams, folks. AWAY: Journey to the Unexpected is slated to turn up on every modern gaming device later this year.