Uncover The Mysteries Of An Ancient Civilization Without A Word in Aporia: Beyond The Valley 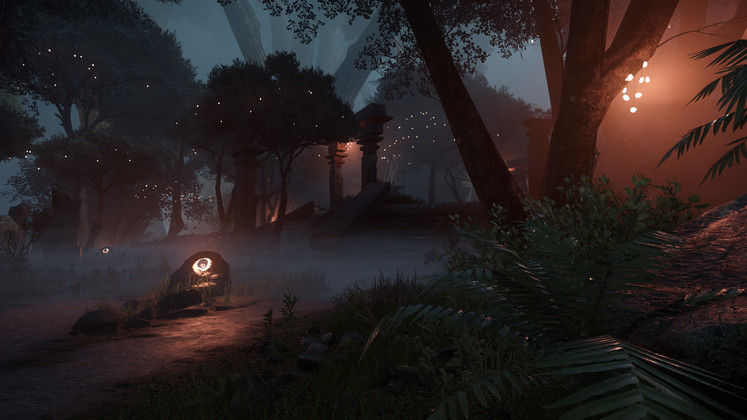 There's a long-standing argument between video game fans and more traditional 'art' enthusiasts that fights the battle of whether video games can be art at all. We think it's a silly argument that could be challenged once more with Aporia: Beyond the Valley.

Why this game, in particular? Because while it doesn't sound too different by selling itself as an upcoming experimental story-driven 'non-linear' puzzle game, it's hoping to spin its story without text or the spoken word. 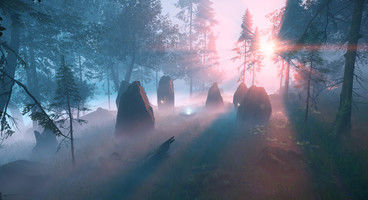 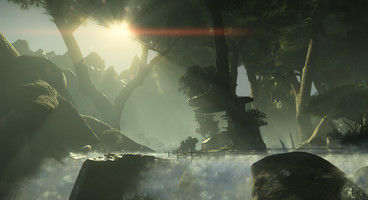 Handled by Investigate North - a group who has the producer of The Girl with the Dragon Tattoo at its helm - it's the group's second shot at the industry after Cloud Chamber with the massively impressive CryEngine at its core. Starting development around three years ago, the game's producer hopes the creation of the journey will only amount to "half the adventure of playing it."

Empathy: Path Of Whispers Takes You Through The Memories Of A Crumbled Civilization This Month

Not resting on the strengths of the written word for its story means Aporia: Beyond the Valley must rely on a meticulously crafted world to engage players in the tale its trying to tell - a mystery story of a ruined civilization and its long-lost technology. Puzzles, subtle clues and the theories you conjure around its problems are key to solving the complex riddle of The Valley.

Publishing the game is non-other than Green Man Gaming. What you may have thought as a video game marketplace we talk about fairly often, they've actually stepped in to make sure this particular title gets out to the public. You can pre-purchase through them for a 15% discount before Aporia: Beyond The Valley releases later this year.