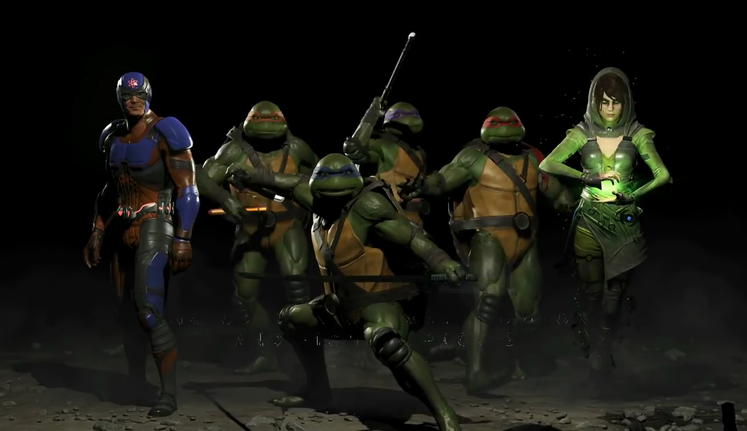 Injustice 2, the DC Comics fighting game from Mortal Kombat creators Netherrealm, will release on PC next week on Tuesday November 14, and if that wasn't enough Warner Bros have revealed the next set of DLC fighters for the game. Fighter Pack 3 will contain previously announced The Atom, long-predicted The Enchantress, and, rather amazingly, all four Teenage Mutant Ninja Turtles.

Injustice 2 is coming to PC! Here's what we want to see!

Everything You Need To Know About Injustice 2 On PC!

The trailer, which picks up from the Fighter Pack 2 trailer reveal of Raiden, Black Manta and Hellboy, shows The Atom - Ryan Choi, rather than the traditional Ray Palmer as seen in DC's Legends of Tomorrow TV series - getting into a fight with June Moon aka The Enchantress, last seen in the Suicide Squad movie. They're then interrupted by the four Teenage Mutant Ninja Turtles who proceed to steal the show utterly.

Perhaps the biggest surprise, other than the TMNT themselves, is the note from Leonardo that "they fight as a team". Considering Injustice, like Mortal Kombat, is a 1v1 fighting game, how will playing as four separate characters at once work? We're already eager to find out. The Turtles will either appear in January or February 2018. 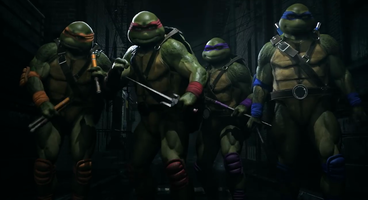 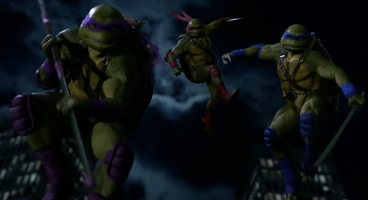 Injustice 2 was released May 11 this year on Xbox One and PS4 and was the sequel to Injustice: Gods Among Us, the alternate-universe DC Comics beat-em-up from the makers of Mortal Kombat. The Teenage Mutant Ninja Turtles are the second non-DC comic book characters appearing in Injustice 2, after Hellboy. This will be their first videogame appearance since PlatinumGames' Teenage Mutant Ninja Turtles: Mutants in Manhattan in May 2016

Injustice 2 on PC releases on November 14, with the Hellboy DLC. Fighter Pack 3 begins with The Atom on December 12.