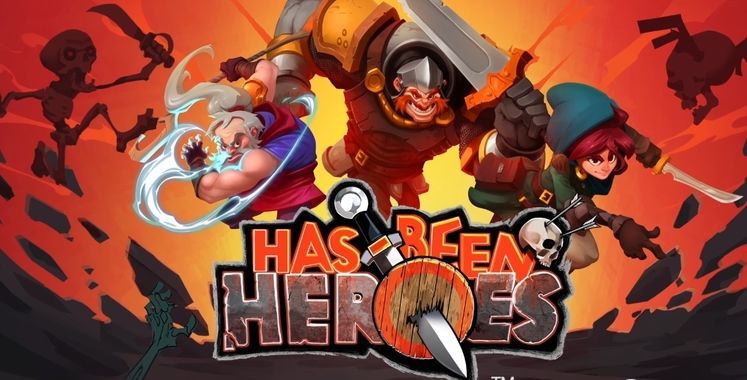 Also coming off the back of a certain announcement early this morning, FrozenByte games have come forward to announce their new use of swords and magic.

Moving away from the Trine series after 3 generous entries, Frozenbyte announced Has-Been Heroes for a March release. 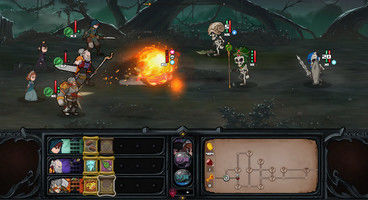 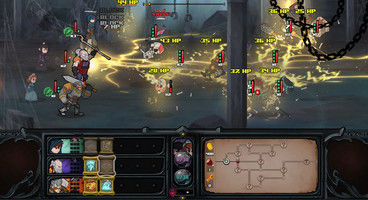 Turning their backs on the vibrant colours of the Trine universe, Has Been Heroes proves that while the developers might be up for trying something new, they're not quite ready and willing to depart from the use of sharp iron, fire blasts and the tip of an arrow.

Want to read about how the Trine series called time? Read our Trine 3 review here!

Actually arriving with a trailer rather than just vague images, Has Been Heroes pens itself as a strategic rogue-like game many will likely find similar to that of Darkest Dungeon. Pulling its titular heroes out of retirement, the Warrior, Monk and Rogue combo have one last quest to carry out; and there's a lot of weak old bones getting all up in their own. Promising "countless items" and "powerful spell combos", they'll be shutting down skeletons for a while.

Has Been Heroes releases at the very end of March - or March 28 for PC, at least. Coming in at a mere $20, it's a surprise reveal from the Frozenbyte team. You can check out its sudden Steam page here.