Night In the Woods 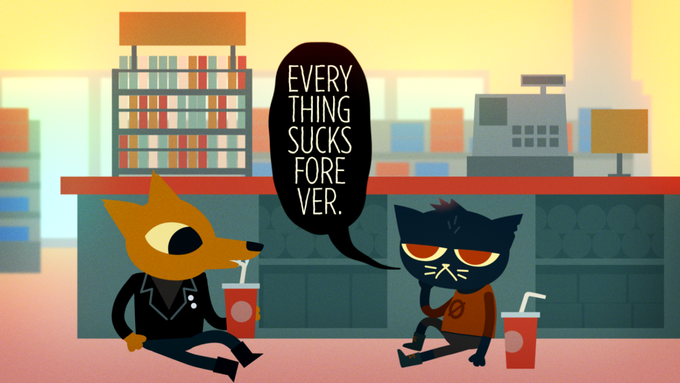 In a 'better late than never' situation that's hopefully far different from the likes of Mighty No. 9, our Night in the Woods finally kicks off later next month.

Originally said to release in the middle of Fall, Night in the Woods didn't quite make the date. Apologising for the sudden need to delay the title into the new year, Infinite Fall slotted the game in for a newer January release before ultimately pushing it back a little further into 'Early February'. 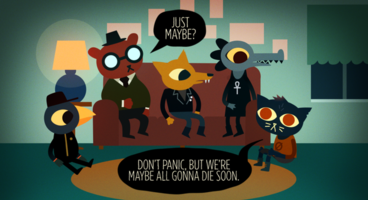 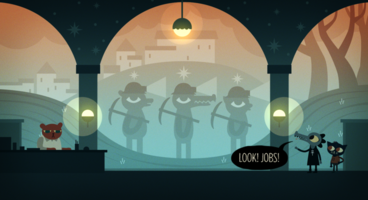 It isn't quite as early as many would have thought, but it's coming. Announced through both a Kickstarter exclusive update to appeaee those who helped quadruple the game's initial asking price of development, Night in the Woods will debut February 21.

There are plenty of other games within its vague category to play before release. Like maybe Batman!

And to celebrate the forthcoming release and the patience of those eagerly awaiting to see what the pop-up book styled animals are up to in the surrealist adventure game, we've been given a new trailer to show off in the usual space down below.

Ironically stepping away from the Fall release they jokingly questioned to be a risky move in the wake of the usual Fall/Holiday release schedule, Infinite Fall has slotted their release just a few weeks shy of one of the busiest gaming months of the year. You can throw in a pre-order here.

Related Games:
Night In the Woods

Night In the Woods Essentials