Obsidian's Next RPG Will NOT Have Microtransactions or Lootboxes

Take-Two recently announced a new publishing label called Private Division, which included a publishing deal for Pillars of Eternity and Fallout: New Vegas developer Obsidian Entertainment's next RPG - being made in conjunction with Fallout co-creators Tim Cain and Leonard Boyarsky. However, many were concerned about Take-Two's attitude to microtransactions, but now Obsidian have made a statement that the RPG will contain no microtransactions of any kind.

Check out our list of the Top RPGs on PC!

Here's the RPG you should be playing right now: Divinity Original Sin 2!

While Take-Two's new Private Division publishing deal is quite exciting, sporting a number of interesting new games, many were concerned because Take-Two previously announced that all their games would contain microtransactions as the model is proving extremely profitable to them.

Obsidian, who are currently working on Pillars of Eternity II: Deadfire as well as this new RPG, took to their forum to quiet fan fears about microtransactions. While their couldn't talk more about the game, they said the following:

"What we did want to talk about was a question a lot of you have been raising: “Will this upcoming game feature any lootboxes or other microtransactions?” The answer is simply: “no.” No microtransactions, of any kind, in our game... Far from “pushing” us to put anything -- microtransactions or otherwise -- into our game, Private Division has been incredibly supportive of our vision, our creative freedom, and the process by which we work to make RPGs. They have been fantastic partners, and we are extremely excited to work with them through release, to put what we know is going to be an amazing game into as many hands as possible."

The Twitter response from Fallout co-creators Tim Cain and Leonard Boyarsky was more succinct and amusing however:

And now, a message from Leonard Boyarsky and Tim Cain.https://t.co/xfb4CUl0Ov pic.twitter.com/VvajRMEDeO 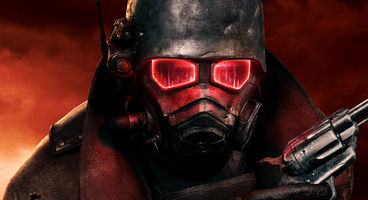 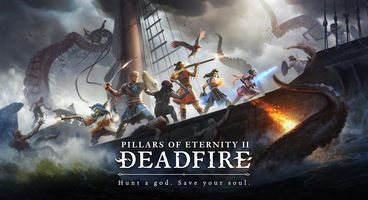 The prospect of a new RPG from Obsidian is exciting enough, and more so that it's basically getting the original Fallout team back together. Sadly it won't actually be a Fallout game since Bethesda of course own those rights, not Take-Two, but an original title from such a talented team is great news. However, don't expect to hear much about the game until late 2018.

Pillars of Eternity II: Deadfire, on the other hand, will be out early 2018.