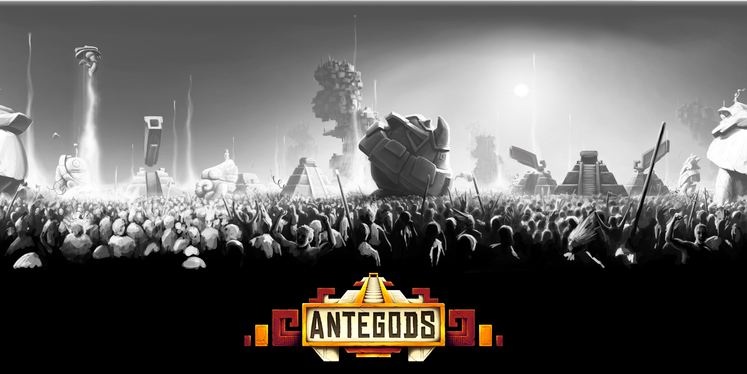 Antegods is an action-packed arena game set in a world where remnants of the Mayan civilization have taken to space. At its core, it’s a 4v4 2D MOBA, similar in style to awesomenauts but with some unique twists along the way. The game mixes MOBA elements with objective based gameplay, this coupled with a 2D artstyle, certainly helps it stand out.

Each match places two teams of four against each other. Each team controls customizable stonepunk mechs in a procedurally generated and environmentally destructible map. The ultimate goal is to gather energy around the map to activate enormous the Titans. Each team has their own titan and as more energy is given to the titan, the more abilities it will gain.

Maps also has objective points that have defensive turrets. Players can spend energy to capture these points to help defend an area of the map. These areas can act as small bases that increase the tactical depth of the game and allow teams to regroup or retreat from incoming fire.

The core mechanics themselves centre around flight and the movement of the game is fluid and fast paced. Your choice of character and jetpack will define how speedy the character is and how long your jetpack boost lasts. The game currently only contains two weapons which are the grenade launch and the laser sniper rifle. Both weapons pack a punch but the grenade launcher is significantly more forgiving and requires less precision to use. 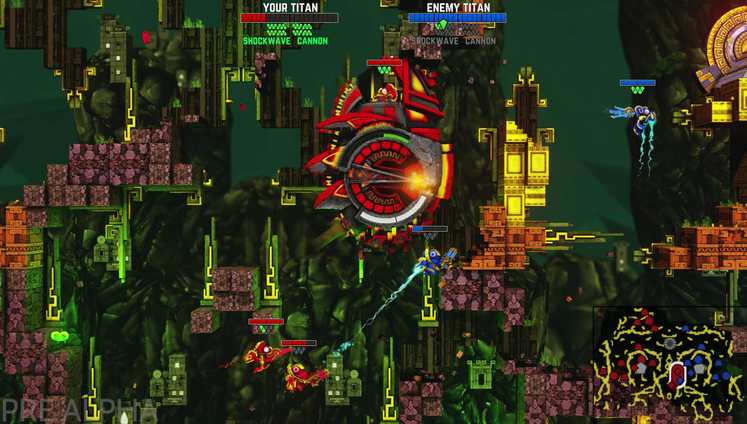 Using both the mouse and controller works well although a mouse certainly provides much more accuracy which is kind of important when it comes to shooters. I certainly was impressed by the fluidity and fast-paced nature of the gameplay. It’s a multiplayer experience that puts team work before kills.

What’s nice about Antegods is that the core goal of the match is to destroy the other team’s titan by using your own energized titan. This leaves the main objective of the game able to move around the map instead of having a static target like bases in traditional MOBA style games. This mixed with the procedural generation of map leaves each individual match feeling different even though the core mechanics stay the same. Team work and adaptability is key and a team that works together will easily flatten teams without it.

Developers Codeglue have just taken the game to crowdfunding platform FIG and are asking for $70,000 which will allow the developers to obtain a Spring 2018 release. 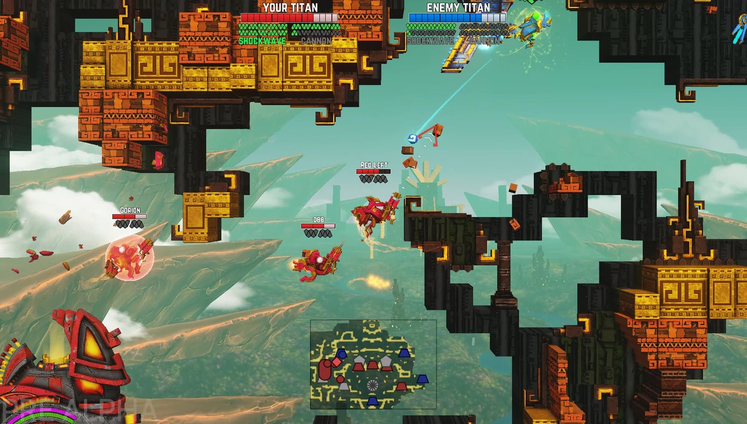 Overall I was very impressed with my short time with Antegods. The fast-paced gameplay with the unique art style and the combination of core mechanics create something that is fun to play. The game is engaging, which is more than can be said for many indie multiplayer games and thus means there’s a solid chance for a player base that sticks around. What will be important for the game going forward will be finding a way to balance the game especially when a team has a fully powered titan and the other does not. Currently, if this happens you are almost guaranteed to lose for the most part.

The game has potential and should it receive plenty of updates post-launch, it’s a game that could appeal to a lot of people. Anyone who has played MOBA's like Awesomenauts will be right at home in Antegods and should appreciate its twists and gameplay changes.