Telltale shows off its next three comic book-related seasons.

With San Diego Comic-Con this weekend, Telltale are announcing at the show that they're bringing three comic book favorites back for a new season. Batman - The Telltale Series is getting a second season, The Walking Dead will get a fourth season, and the surprise announcement is Season 2 of The Wolf Among Us. 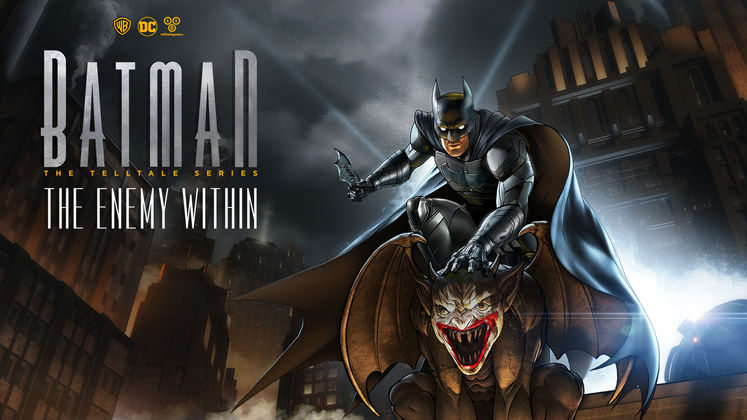 The second season of Batman will be titled 'The Enemy Within' and will continue on from the cliffhanger ending of Season 1, which saw an assassination attempt on James Gordon and the threat of the Joker. The new trailer, which Telltale posted in their Summer Update video (above) promises not only the Joker but the Riddler as well, who did not appear in Season 1.

The first episode of Batman: The Telltale Series - The Enemy Within is due on August 8th.

The fourth season of The Walking Dead (not counting the mini-season Michonne) will once again feature Clementine as the protagonist and Telltale are calling this "The Final Season", something the TV series really should start considering. It'll be out 2018.

The big shock was the reveal of The Wolf Among Us - Season 2, the long-awaited, often-denied follow-up to Telltale's fan-favorite series. We utterly loved it back in 2014, but with Telltale seemingly moving to more popular franchises and the fact that the comic it's based on, Fables, ended shortly after the first season, it didn't leave us with much hope for a sequel. We're already tremendously excited, but don't expect it until 2018.

But what do you guys think? Are you excited for any of these, or were you hoping for something brand new from Telltale? Let us know in the comments. And no, don't expect Sam & Max Season 4 any time soon.