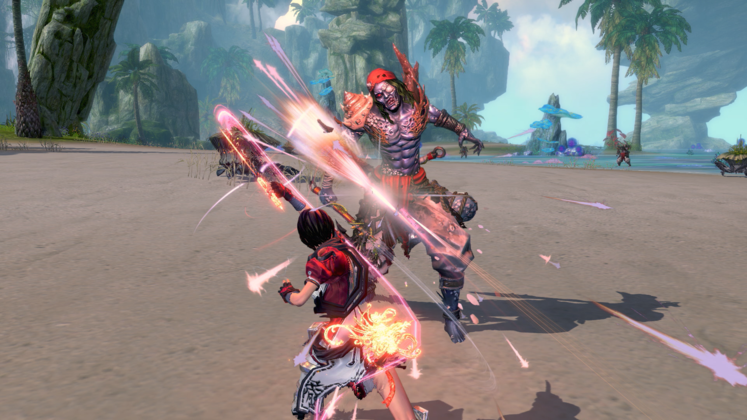 NCSOFT are still hard at work trying to retain their stance on MMOs. Being the folks behind the ever-popular Guild Wars franchise and having launched Blade & Soul last year, they're gearing up to support yet another new title alongside their current offerings.

Master x Master is their latest full-scale operation. With a closed beta test now scheduled for between April 6-27, next month is likely to be just as busy as the year so far.

It's been a while since we've heard anything from NCSOFT's entrance into the world of hybrid-MOBA titles, but alongside its current mix of revealed and shrouded characters, Statesman from City of Heroes will be making an appearance as a cross-over playable character.

On the Blade & Soul side of things, those who've mastered the game's frantic action-oriented MMO combat system will be able to put their skills up against the Secrets of the Stratus expansion early next month. April 12 marks the release which, alongside a brand-new skill tree system, ushers in a future of bigger releases on a slower schedule.

Experience the new areas of the Naryu Sanctum, Mushin's Tower F16-20 and the somewhat beautifully named Celesial Basin in Blade & Soul or just try your hand at securing a spot in Master x Master. April is a busy month. Especially so for NCSOFT fans.