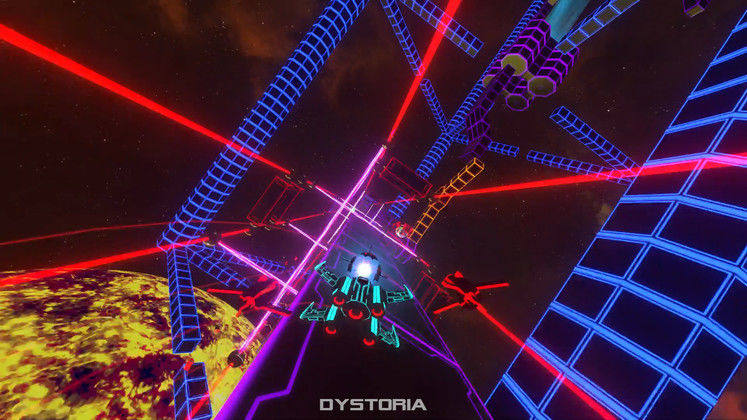 With a clear TRON vibe, Dystoria's two-man team are ready to push the game out to the general public February 21.

Being a retro-inspired shoot em' up set in a neon virtual world, you wouldn't expect this one to control along the six axis of a 3D environment. 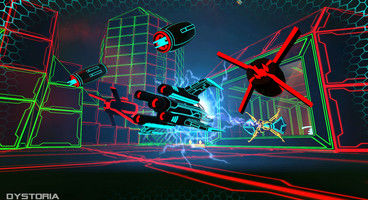 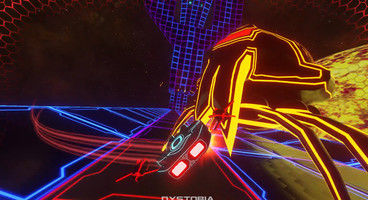 Taking its cues from games and movies of the 80s like Descent, Star Wars and the more recent Super Mario Galaxy, a 2-person team over in Canada has lifted the lid on when we can expect their sci-fi blaster to make it into the big leagues through Steam.

Unfortunately not lending itself to many search results on Google, merely typing the game's name into the popular search engine results in it assuming you meant to search Dystonia - a rather ironic situation considering its classification as a movement impairing disorder. Regardless, we've got your back with this conveniently placed link taking you to the game's official website. Though the press release doesn't explain the game in much detail, it's one banking on the efforts of its soundtrack and fast-paced gameplay to have you collect orbs and destroy enemies floating around its brightly coloured universe.

Short and sweet, it's original trailer suggests the same. For those looking for a little more of a visual telling of what to expect, head on over to its now-established Steam page.