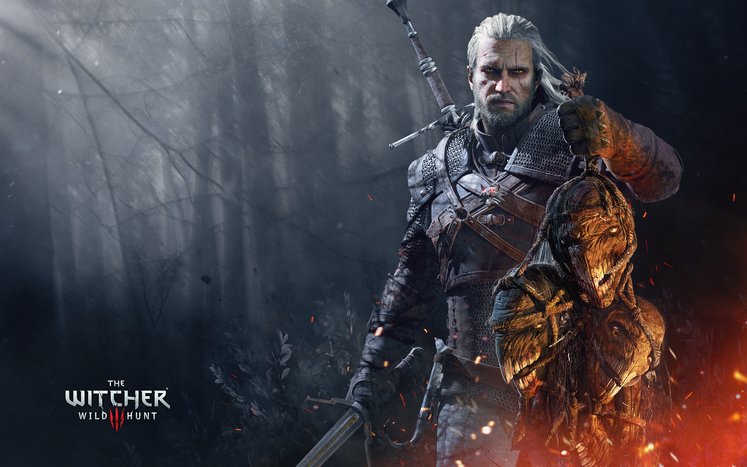 The Witcher 3: Wild Hunt has often received praise for its detailed and meaningful side quests (among just about everything else in the game). While many RPGs fill their worlds with thin and threadbare side activities, most side quests in The Witcher 3 whack the main quests of other games home.

Forefathers' Eve is a quest that takes place after A Towerful Of Mice, and the suggested level for it is 7. Once the curse has been lifted from Fyke Isle, a local Pellar - a funky old man with typical fantasy "mysterious old dude speech" and a string of chicken feet around his neck - seeks out Geralt to protect him and his followers while they perform a seasonal ritual. Upon arriving to the island at night (the quest specifies midnight, but in-game it needs only be evening), the Pellar will be at the stone circle, chanting while his followers gather around him. At the very onset of the quest, there is a fight. 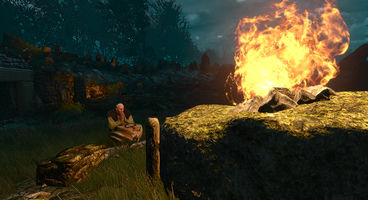 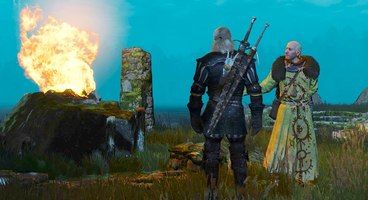 Once you spoke to the Pellar and the ritual had begun, a Water Hag, flanked by Drowners and Drowned Dead, will approach to attack the gathered villagers. You need to kill them off - as they're fairly common enemies, this shouldn't be too much of a hassle - and after this encounter is complete, Geralt's health will recharge without the need for potions, food or meditation. At this point, players reach a branch in the quest which alters the following events and outcome.

The Pellar completes the first phase of the ritual, summoning the ghost of his father, Ambros. As he would continue, a trio of Witch Hunters appear with the intent of dispersing the gathering due to suspicions of necromancy and blasphemy. Geralt may choose to remain neutral and leave, gaining 200 XP and the ire of the Pellar after the ritual is interrupted and the villagers sent away. 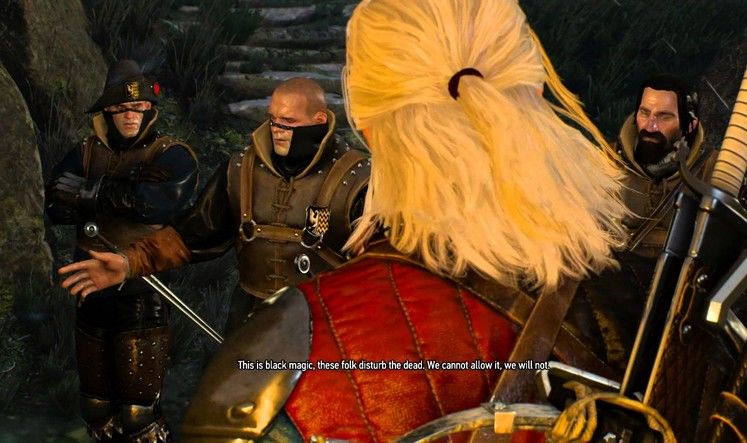 If Geralt sides with the Pellar, you will have to kill the three Witch Hunters. This, again, isn't a particularly tough fight. Your troubles don't end with the death of the Witch Hunters however, as their blood spilled on the ritual grounds attracts vengeful wraiths, who also need to be defeated, but this isn't a hard encounter either.

As the ritual went awry, Geralt has to destroy Ambros' body lest his spirit also returns as a wraith, and the Pellar directs him to the swamp where Ambros' remains are to be found. Simply head to the investigation area, clearing out whatever Rotfiends you encounter along the way. The marked area isn't too big, and the body will be smack in its middle, so it shouldn't be hard to spot it with Witcher Senses. Using the Igni sign, you can burn the corpse.

All that remains after this is returning to the Pellar. Your reward for the quest is 250 XP, slightly more than if you turn tail when the Witch Hunters show up, 50 crowns and this way you'll also unlock the Pellar as a herbalist merchant.