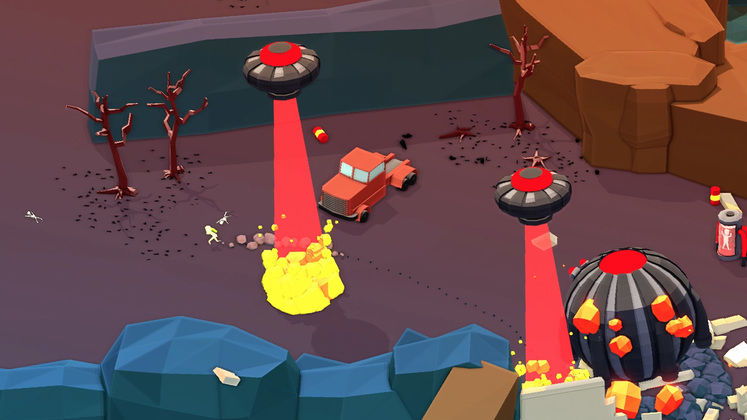 Team 17 and Reinkout Games revealed today that Mugsters will be released on Xbox One, PlayStation 4, Nintendo Switch and PC in Summer 2018.

Mugsters is an action puzzle, physics-based game where you must outrun, out-manoeuvre and outsmart your enemies by experimenting with different sandbox levels, vehicles, traps and explosives. 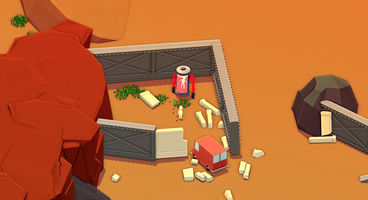 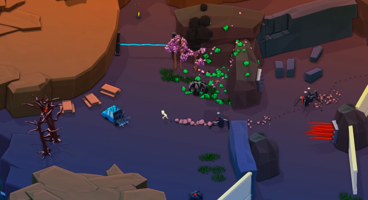 Team 17 fired over a list of the key features for Mingsters:

Fast Paced Action! - Tackle a variety of dangers across a series of ingenious levels.  Watch out for alien abduction rays, rocket turrets and a myriad of traps whilst escaping the pesky invaders, who are forever on your heels.

Physics! - Experiment with a physics-based, sandbox environment. Complete your objectives as you see fit and throw in a few exploding barrels for good measure.

Vehicles! - With more than 30 types of vehicles at your disposal; you can ram, lance, shred and shoot your way to freedom.

Puzzles! - It takes brains to survive these hostile islands. Use a mixture of explosives, traps and vehicles to save the humans, collect crystals and get the hell out. Just try not to run yourself over!

Multiplayer! - Team up and take on this world-dominating menace with a friend. All the single player campaign missions are fully remixed for full two-player local co-op action!

Check out some gameplay footage from this 'Aliens' trailer below! Mugsters will be available to purchase this Summer on PC, Xbox One, PlayStation 4 and Nintendo Switch.