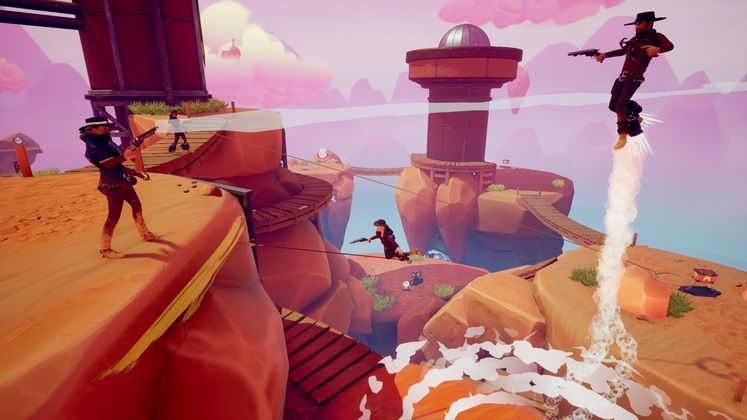 Sky noon is an upcoming first-person multiplayer brawler that's set in the Wild West, and is in development by indie developer Lunar Rooster and will be published by Reverb Triple XP.

Lunar Rooster confirmed today that Sky noon will be released for the PC into Steam's Early Access in Q2 2018. 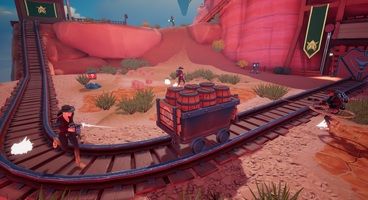 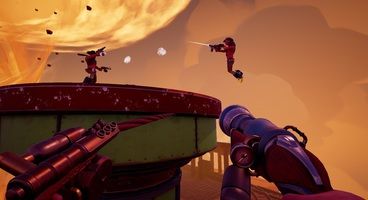 Sky noon features a battle among the clouds, as you take control of a hired gunslinger in fights that take place across floating islands in the sky.

It sounds as if the multiplayer mode will cause absolute mayhem when players get their hands on it in Q2 2018, as there are no health meters in Sky Noon; players are meant to use super-power compressed air weapons to knock their opponents out of the arena, but players can counter this with grappling hooks and lassos.

"What we love about Sky Noon is how it really feels like a first person brawler and that’s a refreshing take on the shooter genre," states Ted Lange, Executive Producer for Reverb Triple XP. "Sky Noon really has that unique and elusive fun factor that’s hard to find in most multiplayer games and that’s a testament to the clear direction of fun design the Lunar Rooster development team has focused on when making Sky Noon." 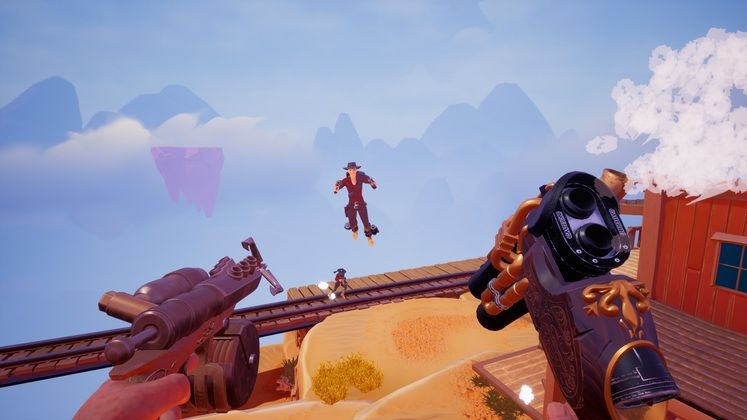 "The feeling of bringing your first video game project to life is absolutely surreal and amazing," states Craig Taylor, lead developer of Lunar Rooster. "The idea was really simple – let’s make a first person shooter that felt familiar, yet different. We’re delighted that there’s gamers that wanted this type of experience and the team is really looking forward to the feedback from players to improve Sky Noon during the Early Access development."

Sky Noon will be launching on Steam Early Access in Q2 2018. We'll try to bring you some hands-on impressions before then, so stay tuned. 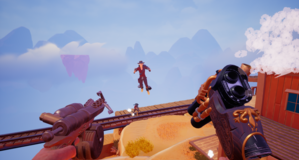