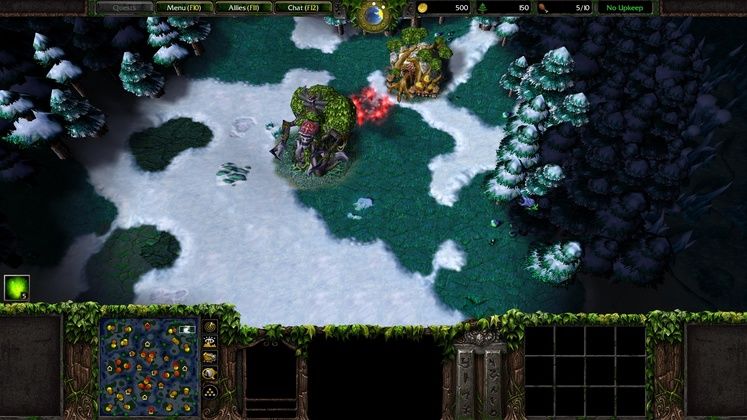 Warcraft 3's expansion pack, The Frozen Throne, was released back in 2003, and yet it just recently got a new patch. Update 1.29 brought new features and a wealth of bugfixes and balance tweaks to the classic title. The biggest change is an improvement which makes the game a whole lot easier to enjoy on modern systems by enabling widescreen support alongside UI changes that prevent anything from getting distorted.

Decorative black pillars fill the dead space on the screen when in menus, while the in-game interface got similarly stylish "bookends", so there isn't any unseemly stretching. Additionally, multiplayer lobby capacity has been doubled to 24 players, which called for 12 new team colors. Massive battles will now be even more technicolor than before, with shades like Maroon, Peach, Violet, Coal, Peanut and many others joining the existing lineup. I also now know that some of these words are also colors - who said games can't be educational? 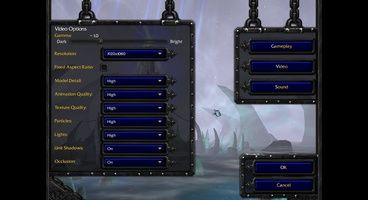 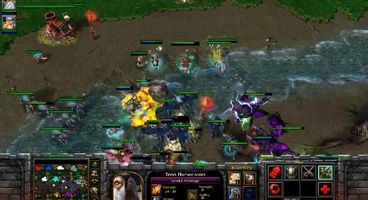 Bugfixes are aplenty, with highlights including a fixed MAC version and various missing textures have been replaced. Blizzard has also posted a list of known issues on which they are working and will likely address by the next patch. These include various problems with the map editor, as well as some screen resolution issues among others. The patch also notes that this is the final version of the game to support Windows XP.

A vast amount of balance changes have been implemented for hero characters, with some only getting a single minor stat tweak, while others get sweeping readjustments across a wide range of abilities. Parsing the list, it seems to me that every single hero got some kind of tweak, though I am rusty on my WC3. A bunch of updates have been added to the World Editor as well, much of which only makes sense to the folk who use it on a regular basis. 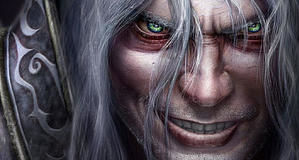