A combination of classic platforming and party brawler combat - We Talk to Hyper Luminal Games About Big Crown: Showdown 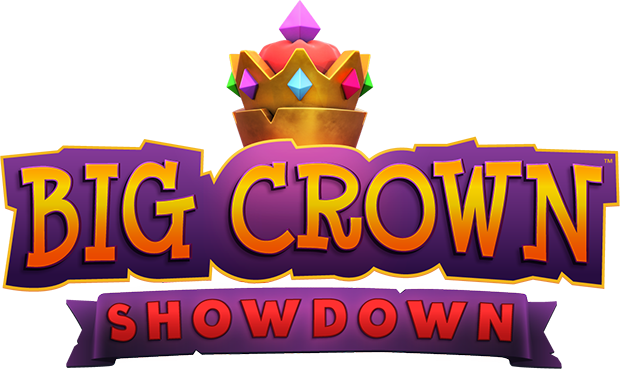 With crazy one-button combat combined with 3D platforming, Big Crown: Showdown is a fast and frantic experience that anyone can get involved in.

We had the opportunity to interview Rob Madden, CCO and Co-Founder at Hyper Luminal Games to talk about Big Crown: Showdown’s development so far and what sets it apart from other multiplayer games that have come before it.

GameWatcher: Can you give us a brief overview of Big Crown: Showdown, please?

Rob Madden: Big Crown: Showdown is an exciting, competitive multiplayer game. It’s a fast and frantic combination of classic platforming and party brawler combat. So, it’s a really simple game to pick up but there’s a lot of depth there for players to master over time. It’s for a really broad demographic of players so we want kids and families to be able to sit down and have a really good time.

GameWatcher: Which kinds of games would you say you’ve been influenced or inspired by when making Big Crown: Showdown?

Rob Madden: There’s a huge bunch of influences to be honest, because Big Crown is such a mashup of genres, so we’ve taken influences from a lot of different places. I think somewhere between Smash Bros. and Mario Kart is where we’d place it – if you were to combine those two together. We have a lot of influence from Mario in terms of platforming and Mario Kart in terms of the party and competitiveness, then Smash Bros. for the combat and party-brawler style of gameplay.

GameWatcher: You’ve gone for a Medieval theme here too. What made you settle on that, exactly?

Rob Madden: That’s right, yeah. We really enjoy the Medieval stuff because you can do a lot of weird things with it. You can have Medieval flavours but can then pull in other influences, other cultures, things from different time zones and juxtapose those elements together and that creates a really interesting vibe. We just really like having that Medieval flavour as well, you know, having little knights that can run about. It’s a bit silly and it's fun. We think its something that our audience is going to engage well with. 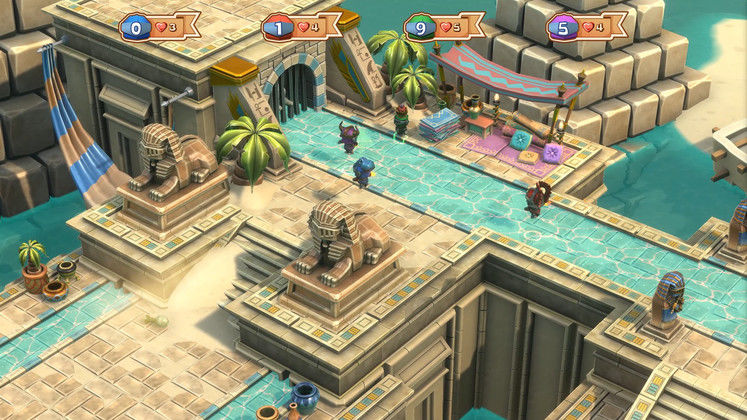 GameWatcher: I’ve just tried the game out and it’s super easy to pick up. This is great for getting people involved, but are there any added mechanics that players can master to add a bit more depth to the gameplay?

Rob Madden: Yeah, I think there definitely is. So, as you said, it really is pick-up and play with one-button combat. That’s how we wanted to push the game forward. I think there is a lot of depth in the combat system though. You can hold down your punch to charge it up, you can pull out a shield to deflect attacks, there’s lots of traps on the track that other players can activate to try to push other players off. Each track also has a unique mechanic in the form of a specific obstacle. So, I think there’s a lot of mastery that comes there as well, as players learn the ins and outs of the tracks. I think there’s a lot to keep players coming back for more to learn new mechanics each time.

GameWatcher: So each level is different? How many levels are in the game at the moment?

Rob Madden: There’s fifteen levels and they’re split across three worlds. We have three very distinct biomes: there’s the Flooded Desert which we call the Zoggysands, there’s Kasseltoon which is the castle in the sky and there’s Shivershire which is the frozen lands up in the north. There’s five levels in each of those themes and each one of the levels has its own mechanic. There are axes in the first level of the Kasseltoon and in the Flooded Desert the water will rise up or down to trap players on islands and things like that. There’s a huge variety in the fifteen levels that we have.

GameWatcher: Once players have played through each of the levels, are there any other features to keep them returning to the game?

Rob Madden: I think that the fact that it’s a multiplayer game and a party game will bring a lot of replayability. People are able to play with friends at home and there’s online play as well so you can still play even if you’re by yourself. We really want to encourage that kind of rivalry between players, playing locally. People want to come back and beat their friends because maybe they defeated them last time. In terms of actual mechanics, we have this whole system of collectable hats. You can customise your character with a weird little hat; people can wear octopus hats, wizard hats and cool stuff like that. So, in the game you can collect coins and then spend them later to unlock new hats. That’s a bit of a retention mechanic to keep players coming back as they want to get that new hat and customise their character. 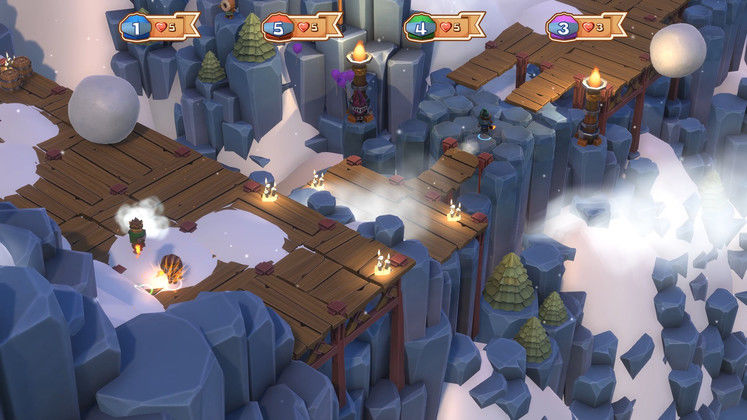 GameWatcher: Being a small studio, what has been the most difficult part of development for you?

Rob Madden: One of the hardest things for us has definitely been testing. I think a lot of people don’t really appreciate it in the industry, like just the sheer amount of effort that goes into testing your game properly. I think doing proper QA on a game can be particularly difficult, especially when you’re the developer and you’re working so closely with the title. Trying to find those bugs and those problems can be difficult because you just don’t anticipate how the public is going to play your game because you’ve been playing it for two years. I think the testing is one of the things that we struggled with as a small studio, but there are a lot of services out there – a lot of third-party testers that you can utilise and if you’re partnering up with a publisher like Sold Out, they can provide those sorts of services with their package. I think, generally speaking, that’s quite difficult for small developers.

GameWatcher: So, the game is running on the PC today, but it will also be releasing on the Nintendo Switch at some point too. How does it run on that console?

Rob Madden: We’ve yet to port it to the Nintendo Switch but the game is not particularly intensive. We’ve really been quite strong on our focus on optimisation, making sure that the art isn’t too crazy. We have some amazing programmers that have optimised the game an incredible amount. We may need to dial a few things back here and there to get it running on what’s essentially a mobile device, but in terms of the PC, PlayStation 4 and Xbox One releases, everything is running really smoothly. Our main focus is on those platforms at the moment. 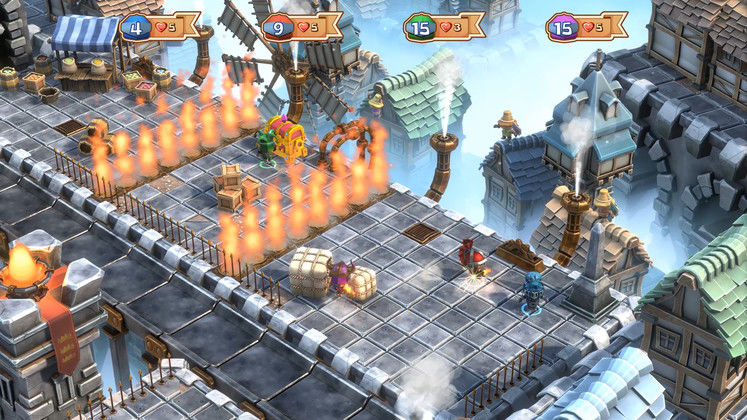 GameWatcher: Will the PC and console versions (minus the Nintendo Switch) all be releasing at the same time?

Rob Madden: Yeah, we’re going to have a simultaneous release for the PC, Xbox One and PlayStation 4 versions. We’re currently planning on releasing those later on this year. For the Nintendo Switch release, we’re thinking that’ll be around the first quarter of next year.

GameWatcher: What kind of price point are we looking at for Big Crown: Showdown?

Rob Madden: We haven’t settled on a price just yet, we still need to discuss that with our publisher.

GameWatcher: Thank you so much for your time. Is there anything else that you’d like players to know about Big Crown: Showdown?

Rob Madden: Just that it’s a lot of fun and I’m sure they will enjoy it! Be sure to check out upcoming events as we’ll be appearing at quite a few of them between now and release.

Every time I passed Big Crown: Showdown over the EGX Rezzed weekend I could hear people shouting, groaning and laughing while playing this game. It’s certainly simple enough for anyone to pick-up and play and it felt nice to sit down with a group of people I hadn’t even met before to engage in some good old local multiplayer fun. 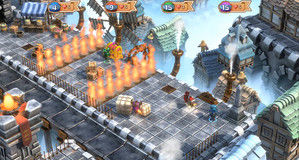