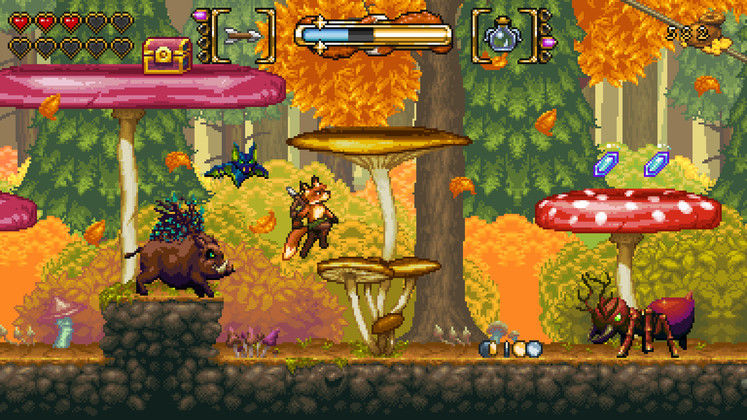 Developer Bonus Level Entertainment and publisher EuroVideo announced today that its classic SNES-era platformer, Fox n Forests, will be released for the PC, Xbox One, PlayStation 4 and Nintendo Switch on 17th May, 2018.

There's also been a gameplay video released, which shows over 5 minutes of footage from the Fungus Forest zone, as Rick the Fox makes use of his magical crossbow to make it through in the quickest route possible. 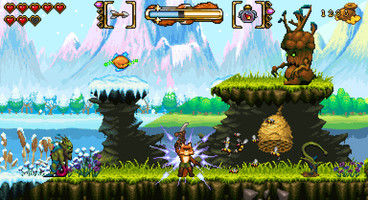 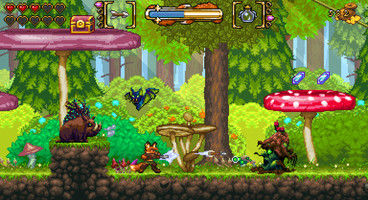 "Rick the Fox can create new platforms out of falling leaves in autumn, freeze surroundings in winter, and use other powers at his disposal.  Only by mastering the seasons will Rick be able to outfox his enemies, explore the mystic forest, solve brain-teasing puzzles, claim victory against colossal bosses, and bring the mystery of the fifth season to light."

Fox n Forests is inspired by SNES classics like Castlevania and Zelda, although the developers have told us that it will be both "accessible and challenging" when it releases on 17th May for multiple platforms.

We would love to see a limited edition SNES version of Fox n Forests, if that's possible Bonus Level Entertainment?