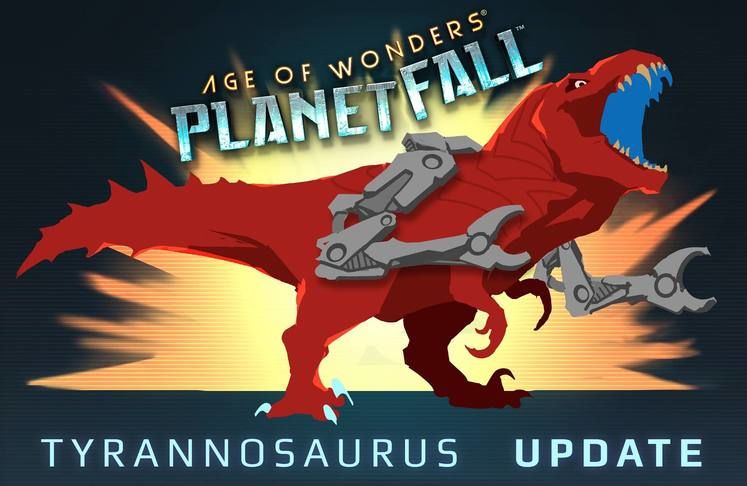 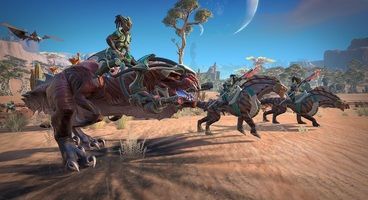 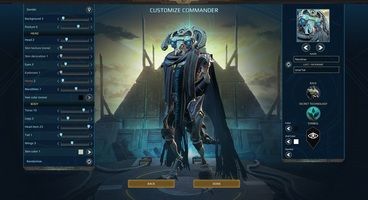 Here are all the new features introduced to Age of Wonders: Planetfall in its v1.200 Tyrannosaurus Update:

There is a new master setting called Game Intensity which can be used to make the game more relaxing and easy to play. This controls 4 settings under the Advanced Toggle:

We’ve rebranded a number of Strategic Structures to a new category of structure called an “Exploration Site”. These structures give +10 income per resource and buff units produced in owning cities, however you need to send armies into them to clear them before you can use them. Apart from their previous surface tactical map; they now also feature new interior maps.

Each race now gets starting bonuses to help make them feel a bit more different during gameplay. Each race has a short term bonus and a long term one:

There is now a “No Colonizer” mode in Advanced Settings under Game Flow. This prevents the player from building colonizers (colonizers can still be gained from Settlements and Anomalous Sites).

Attacking a weaker stack will sometimes cause that stack to retreat (you can still choose to fight it anyway). Attacking a stack of roughly the same strength will sometimes give the option to allow you to bribe the stack to leave with energy.

The Tyrannosaurus Update is absolutely massive, bringing a wealth of other additions to Age of Wonders: Planetfall, including tier 2 starting units based on your secret technology, a more readable world map and AI improvements that see computer-controlled opponents recruiting more varied armies.

You can go through everything that's been added in the full patch notes over on the Paradox forums.