Battlefield 2042 Season 1 Release Date - Here's When It Could Launch

Battlefield 2042 is confirmed to jump on the live service wagon, which means that we'll hopefully see a steady amount of content, from battle passes to new maps, and cosmetic items coming our way over the next year. One thing that's on players' minds in these early days is the Season 1 release date, which should mark the first big post-launch content drop.

After the previous entry in the series ditched paid expansions, Battlefield 2042's Season 1 release date hopefully signals a more structured approach to how post-launch content is released. The title's full shift to multiplayer comes with three core modes, all of which could benefit from additional maps and unlocks as time goes by. Here's what we know so far. 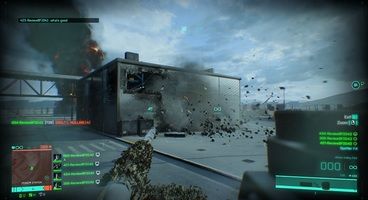 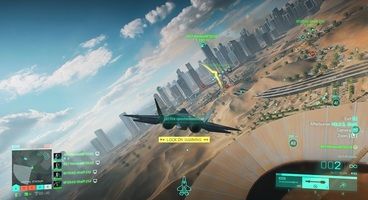 Battlefield 2042's Season 1 does not currently have a fixed release date, but we do know that we shouldn't expect it to arrive before 2022. Publisher Electronic Arts has confirmed that next year will be when it will share more details about its first season of post-launch content.

"In our first year of live service, we will deliver four Seasons, with four Battle Passes, four new Specialists, and new locations along with more fresh content. We also intend to deliver updates to Battlefield Portal that will give players more ways to build and share new Battlefield experiences with the world," it wrote in a blog post on its website.

"That means for Season 1, you can expect a new Specialist, Battle Pass and Portal content, and maybe even some new sights to see as the story of Battlefield 2042 continues to unfold. Expect more details early next year."

It's difficult to tell exactly when Battlefield 2042's Season 1 release date might occur based on what we know so far. If we were to guess, we'd expect it to come by prior to the month of April, but we'll have to wait for official information to be sure.

The game's Preseason kicked off after launch, giving players weekly missions to complete (as of December 9, 2021), rewards to chase, limited-time modes, and various featured modes in Portal.

In late December, dataminer temporyal found 12 weeks' worth of weekly missions in the BF2042 client, suggesting that Season 1's release date could only occur at some point in March 2022, introducing a new map called Exposure.

We'll keep an eye out and update this article with any news about Battlefield 2042's Season 1 release date as soon as we learn more. In the meantime, read our review to see what we thought of the game at launch, and check out what we know about crossplay support.