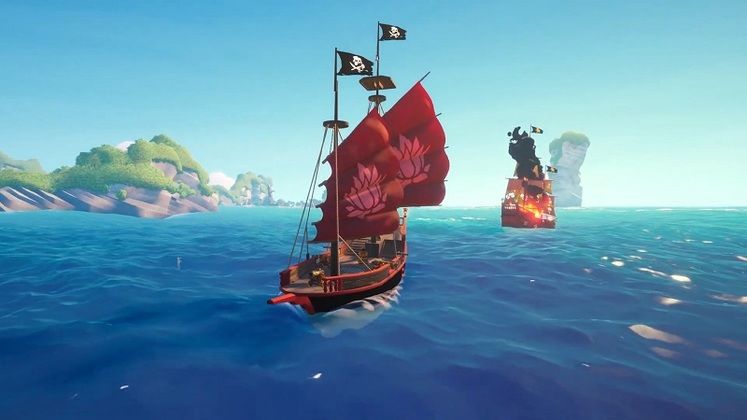 Once the Icy Caverns winter update goes live, players will be able to take the agile Junk Ship for a spin and use its speed and maneuverability against their opponents. With a design inspired by ancient Chinese sailing ships, its front-facing cannon allows it to fire while on the move. 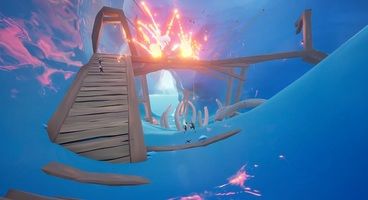 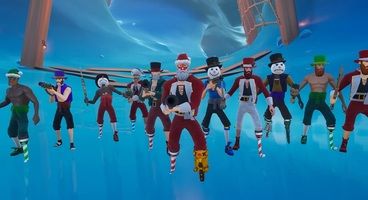 Although it comes with two normal cannons to which players can add three additional swivel guns, it doesn't boast the same damage resistance as the Brig, so you'll want to take advantage of its speed when engaging other ships.

The Icy Caverns winter update also introduces a frozen new island for players to explore. As per the title, there are literal icy caverns whose clear blue you can stain with the blood of you enemies.

The new cosmetics bring a festive cheer to all the murder, as Pirate Santas and Snowmen fire cannonballs at each other.

Blazing Sails: Pirate Battle Royale is available now in Steam Early Access. You can get a look at everything added in its second free post-launch update in the trailer below. 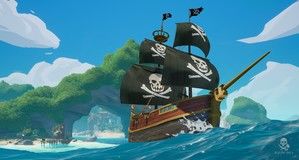