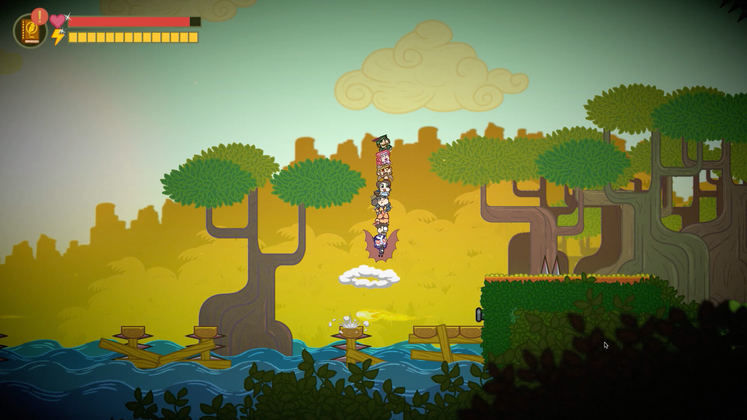 Bookbound Brigade is a 2D side-scrolling platform-adventure in which you beat up all manners of historical and literary characters, getting some sweet revenge on those unlucky enough to have drawn your ire during your school days.

Better yet, you're doing so while controlling an entire party of amnesiac literary protagonists, because one just isn't enough. If that sounds a bit outrageous, our Bookbound Brigade gameplay video below will likely confirm your assumptions. 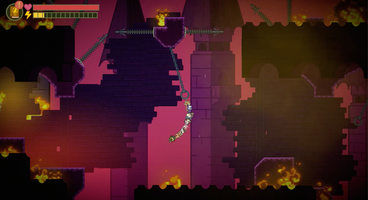 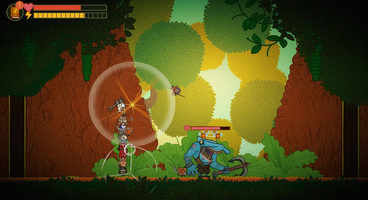 Each member of Bookbound Brigade's party of protagonists has their own abilities which come in handy both when battling the poorly-disguised Big Bad Wolf, slightly goofy-looking Cthulhu and their peers, but also when navigating the game's hand-drawn world.

The party – which brings together the likes of King Arthur, Dracula and Robin Hood – can also make use of various formations to adapt to different platforming challenges.

Need some momentum? They can form an impromptu, fleshy circle. Navigating narrow platforms? Have them climb on top of each other to form a shaky tower. The different characters also learn new skills as they vanquish their foes.

You can find Bookbound Brigade on Steam and get a better idea of what it has to offer in our gameplay video below.