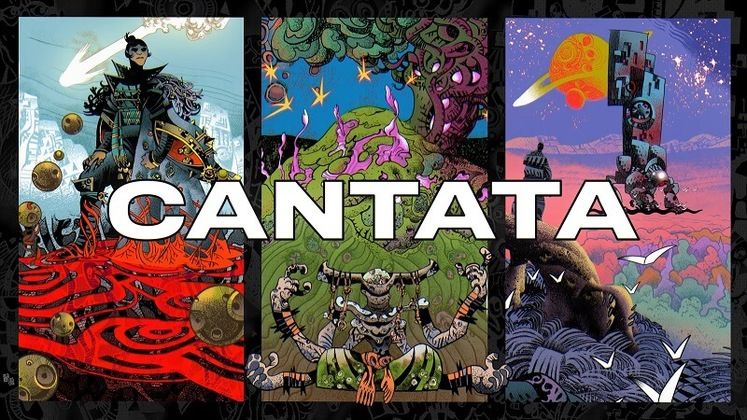 Psychedelic visuals aren't the first thing you'd normally associate with a turn-based strategy game but that's precisely what publisher Modern Wolf and developer Afterschool Studios' Cantata is going for. An explosion of color underpins the "spiritual, pragmatic war for survival" in which its three factions are embroiled and you'll step in to aid them as one of nine commanding officers.

The Machines, Humans, and Aliens each have their unique powers which they'll use to extend their influence across the planet of Shoal. Each commanding officer will battle across a different sizable campaign map. But while "deep, tactically rich systems that are easy to learn but can take time to master," you'll also need to look after your base and expand it to support your war effort. 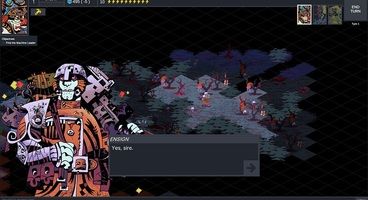 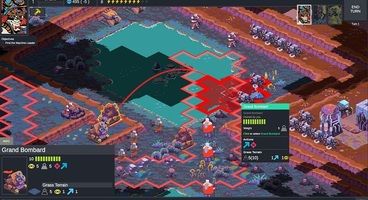 You may start out with a humble base and a small number of units but, as you use each turn to build it up, you unlock stronger options. Your base also acts as your supply network and, should a crucial piece get blown to bits by an opportunistic opponent, you'll have to either rebuild or adapt.

"Every map you play on holds secrets you'll need to spend time to seek out and find. This isn't a puzzle game, you'll need to do proper reconnaissance to determine the best route across the landscape to your opponent," Cantata's Steam description reads.

The route you take is yours to choose, but aside from the other factions that plan to stop you, "the planet itself takes a turn every round, giving it the ability to fight back against the war on its surface with weather, fauna, and other mysteries."

Cantata will also launch with support for both online and local multiplayer. As part of its goal to provide players the means for accessible modding, the level editor used to create the different campaign levels will also be available at launch.

Cantata doesn't yet have a release date but, while waiting to learn more about when we'll be able to pick it up on PC (via Steam and the Epic Games Store), you can check out its awesome gameplay trailer below.