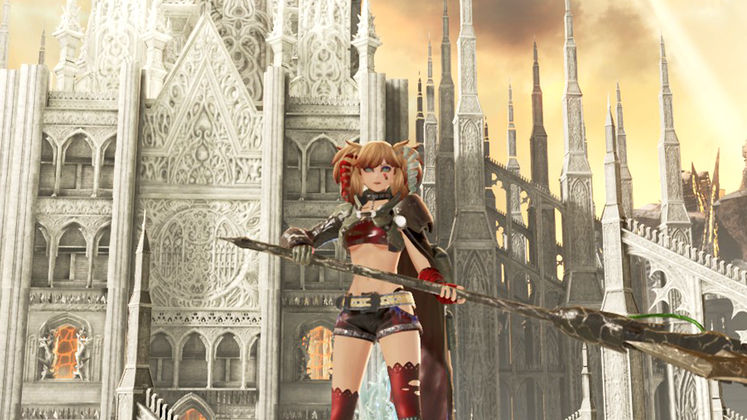 Code Vein can be a confusing game, with several points where you have to double-back on yourself to progress - but no single location in the game is more confusing than the Cathedral area. We'll show you how to get past the most annoying part of this area, the Code Vein Cathedral of the Sacred Blood ladder.

The Cathedral of the Sacred Blood is a maze of twisting platforms, dead-ends, and points that loop over each other - making map reading very difficult, even when you know what you're doing. This particular Code Vein Cathedral ladder is located quite far into it, and you'll know it when you see it - since it's probably stopping you progressing. Here's how to lower the ladder! 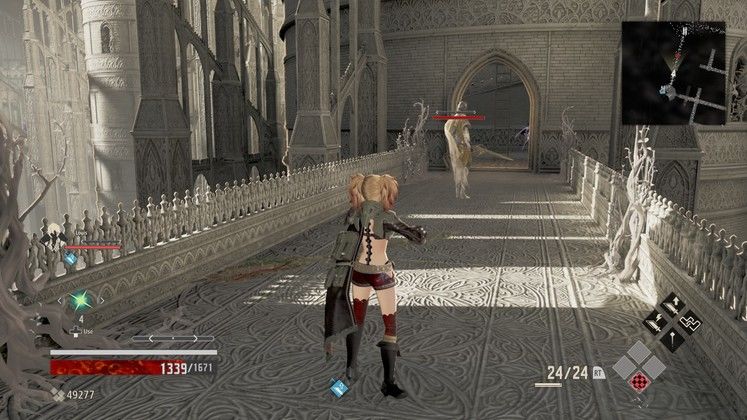 It's a little hard to describe where this ladder is due to the twisting nature of the Cathedral, but we'll do our best - besides, you'll probably know what ladder we're talking about. After the Outlook Tower Mistle you'll run down a platform that runs alongside the Cathedral itself - and is clearly the correct way to go. After a lot of exploring and killing, you'll end up in one of the big circular tower-rooms - this one has an open staircase that runs up to a small area with an enemy.

From here you'll easily see the ladder in question, and your companion will point it out. It's a ladder that can be lowered, but with no obvious means nearby to lower it. At this point, despite the various ways to go, you'll find yourself at a dead end every direction. How do you lower the Code Vein Cathedral ladder? You backtrack a bit. 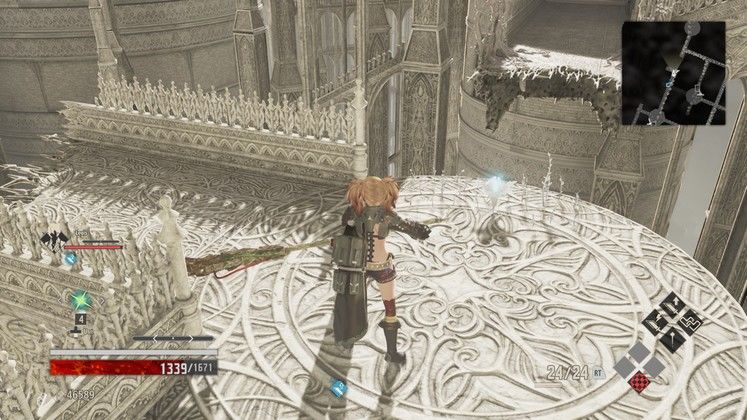 On your way here, shortly after the big path that you ran down after the Mistle, you may have noticed a Rotten Mistle on your right - however, there was a gap in the way and you couldn't get to it. If you haven't got it yet, skirt around the platforms to the east just ahead until you find a way down to this Rotten Mistle, and purify it.

Now, turn around, and just on your right is a gap in the fence - where a Lost climbed up. Jump down here, and you'll find an area with two levers. Pull both, and you'll get a message about a ladder being lowered. Go through the now-open door, drop down when you have to, and you should find yourself at one of those earlier dead ends - right next to the area with the ladder, which is now lowered!

Congratulations, you can now progress - and yes, there's a new Mistle to save at directly after this! So don't worry about those enemies below. 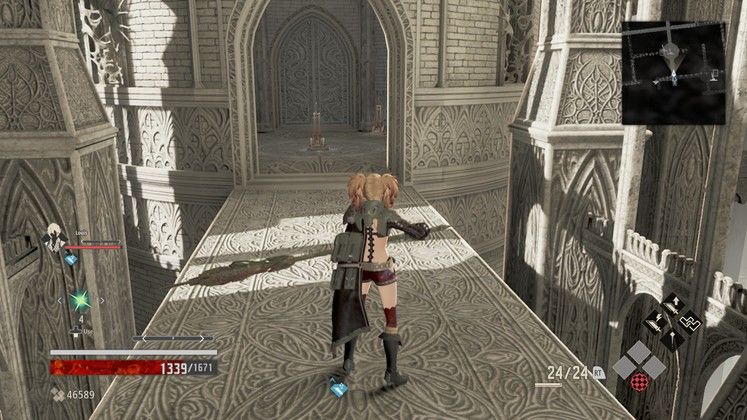