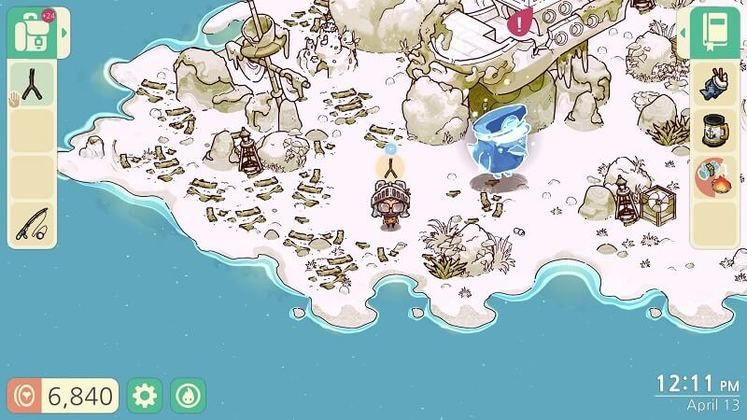 Like other life sims, Cozy Grove has its share of tools you need to use if you plan on harvesting various resources. After such hits as the hole-digging shovel and shrubbery-terminating machete, day 6 brings with it the Dowsing Rod. Used for locating lost memories, this tool is a bit less straightforward to use than its counterparts.

To start the quest to crafting Cozy Grove's Dowsing Rod, you'll need to speak to the craftiest ghost bear on the island and tool creator extraordinaire – Jeremy Gruffle. In case you forgot where he's located, just walk or spring towards the northwest while leaving the camp. 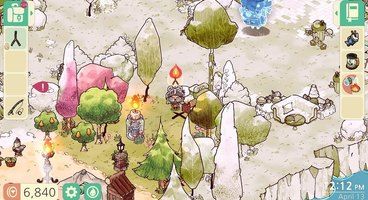 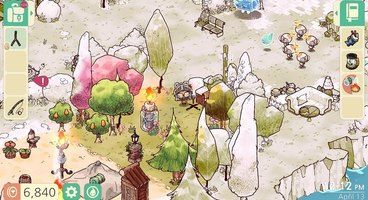 Talk to Jeremy and he'll give you a list of materials required to craft the Dowsing Rod. These include 10 Roasted Root Vegetables – obtained by asking Francesca DuClaw to recycle roots or burning roots at Flamey –, 10 Charred Fishbones – crafted by burning fish at Flamey, your trusty campfire –, and 3 Iron Ingots that you obtain by asking Flamey to burn Iron Ore, regardless of its size.

Once you have it, equip it like you would a fishing rod when setting out to fish in Cozy Grove. You'll notice that when you're not moving, a bubble of the Dowsing Rod appears above your character's head. As you explore the island, a smaller snowflake or flame bubble will appear above the Dowsing Rod's for a brief time when you stop moving.

If the bubble isn't accompanied by a snowflake or flame as you move around, chances are that you'll have to wait some more or return the next day to get another item.

That covers what we currently know about the Cozy Grove Dowsing Rod. The title is available now on PC, Xbox Series X/S, Xbox One, PS5, PS4, Nintendo Switch, and iOS.