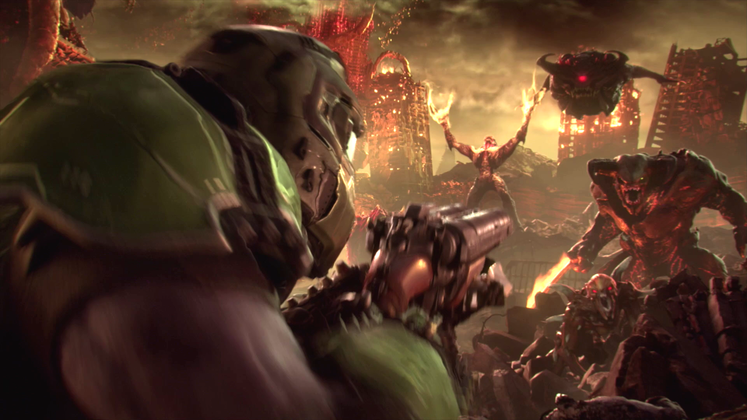 We're huge fans of the Doom series, and we especially loved the reboot in 2016. We were therefore thrilled at Bethesda's announcement at their E3 conference of Doom Eternal, otherwise known as Doom 5 - not an off-shoot, not an expansion, it's a full sequel and we couldn't be happy.

Details are still thin on the ground as the game will get a proper reveal at QuakeCon in August, but as we're so excited here's Everything We Know About Doom Eternal! Guaranteed we know more about the enemies than most websites...

At the current time Doom Eternal doesn't have a release date, although with Rage 2 due in Spring 2019 we imagine it wouldn't be any sooner than late 2019. A release date may get announced at QuakeCon. 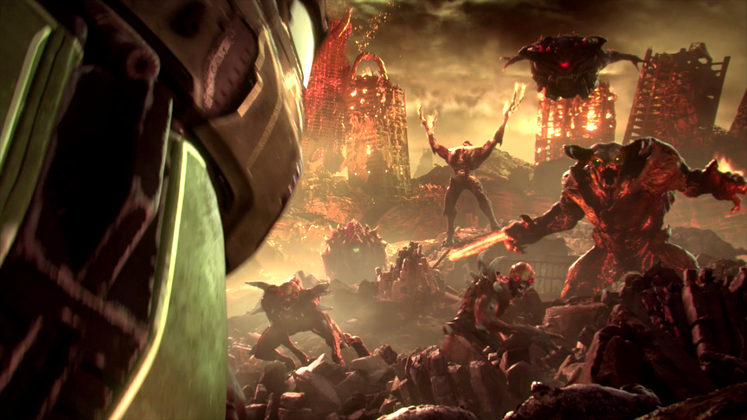 Doom Eternal creative director Hugo Martin said at Bethesda's conference, "you want more bad-ass demons? Well there are twice as many in this game." There are roughly 20 monsters in Doom 2016, so he's suggesting there may be 40 demon types in Doom Eternal which is fantastic. We know some already thanks to the trailer, and we can make guesses based on past Doom games. There will also be some variants too. We'll start with the three in the picture above...

Baron of Hell with Flame Sword

The Barons of Hell in Doom 2016 very much fit the same style as the original games - tall red demons with horns, hooves, who could throw green fireballs. The trailer introduces a new variant of the Baron who is armed with a Flame Sword, making them appear very much like Plasma Sword-wielding Elites from Halo. It'll certainly give their powerful melee attacks a longer reach, and that's not something we'd like to face. 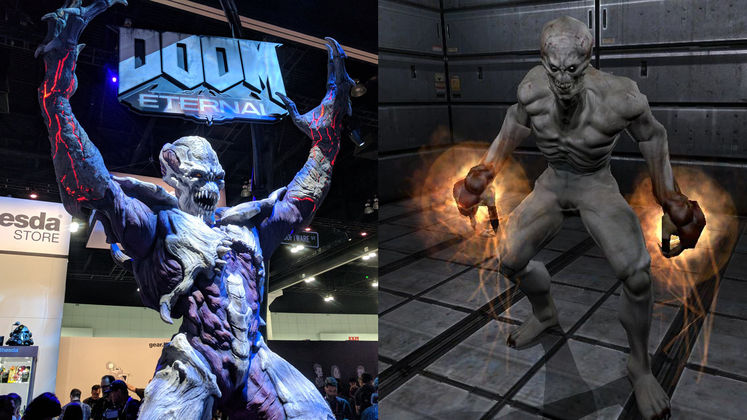 The Arch-Vile from Doom II was the most powerful non-boss character in the series - they were tough, could resurrect dead monsters, and cast nearly insta-kill flame spells as long as they had you in sight. They're back in Doom Eternal, and Bethesda even had a statue of the new Arch-Vile at their E3 booth (see above, alongside the Doom 3 model). They were cut out of Doom 2016 due to the similarity to the Summoner demon, and we can't wait to see them again - and hopefully they'll still have their creepy laugh.

The Doom franchise's other big floating demon ball is the Pain Elemental, a frustrating creature who spits Lost Souls at players - and he's back in Doom Eternal. Both the Pain Elemental and a Cacodemon can be spotted in the picture above, so you can see the difference - Pain Elementals are darker in colour, have more obvious arms, and proper demon horns rather than spikes. 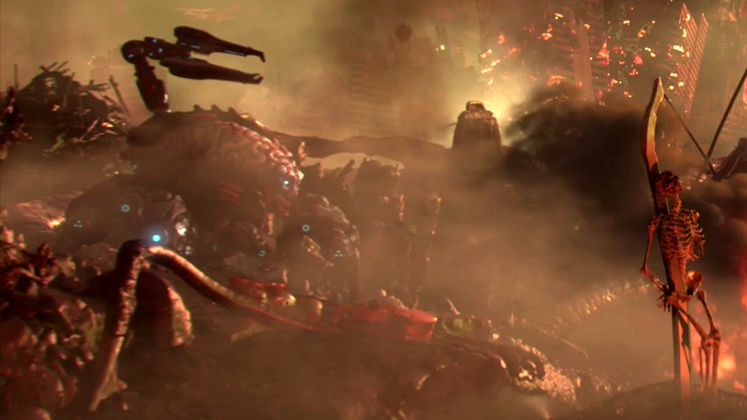 Arachnotrons are mini versions of the Spider Mastermind armed with a Plasma Rifle, and two can be spotted near the beginning of the trailer wandering the landscape before the Doom Slayer appears. They were cut out of Doom 2016, presumably to make the final Spider Mastermind boss a bit more special - although they didn't appear in Doom 3 either, due to the game already having two new spider enemies. 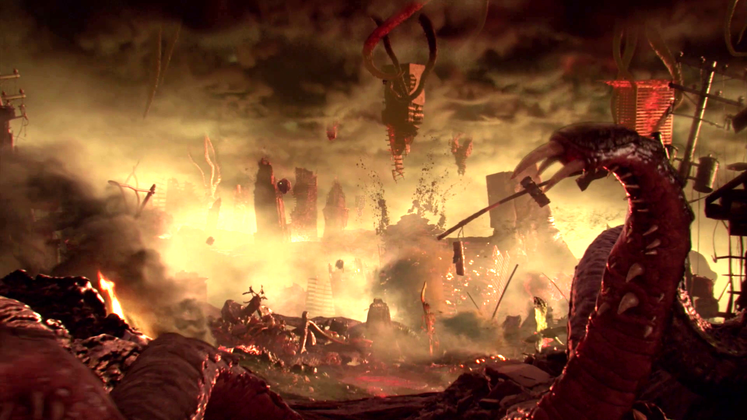 A potential new monster is teased throughout trailer in the form of a strange worm creature, which wraps itself around structures and seems to have rows of sharp teeth and spikes. This could just be part of the creepy world, but it seems alive - so we imagine we'll face it at some point. 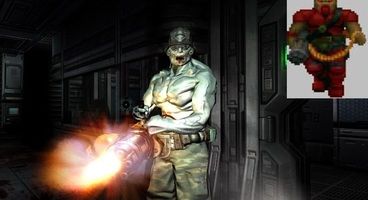 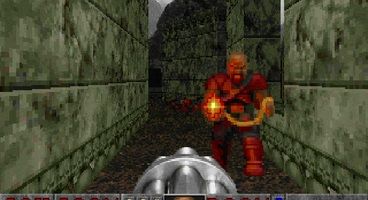 One of the few enemy types to appear in both Doom 2 and Doom 3 and not Doom 2016 is the tougher Commando zombie wielding a chaingun. There were many zombie types in the new Doom, but none of the resembled the 'Sarge' character, and definitely weren't armed with a powerful chaingun. 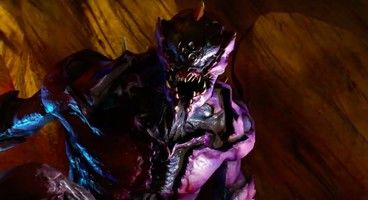 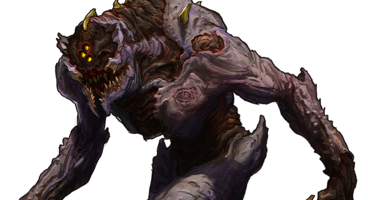 A multiplayer-only demon in Doom 2016, the model and powers of this monster is already created so it would be easy to port to the single-player of Doom Eternal. Like a more powerful Imp, the Prowler can leap great distances and cling to any surface. 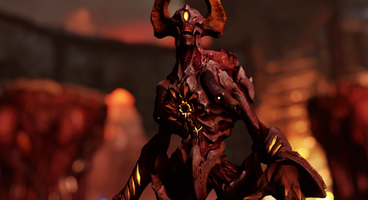 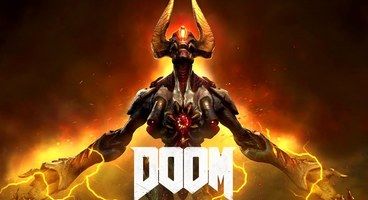 Another multiplayer-only demon from Doom 2016, this one appeared in the 'Unto The Evil' DLC pack. Similar in appearance to a Summoner, the Harvester has a beam attack that drains your health - and the more powerful you are, the more it drains. It can also shoot out this power as a BFG-like blast. 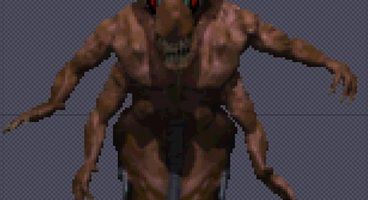 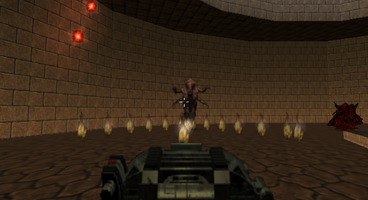 The Mother Demon is the ultimate boss of Doom 64, and the only truly new monster in that game. She has powerful fire attacks and homing rockets. With the Cyberdemon and Spider Mastermind dealt with in the last game, she'd make an excellent new boss - and she was referenced in the game too. 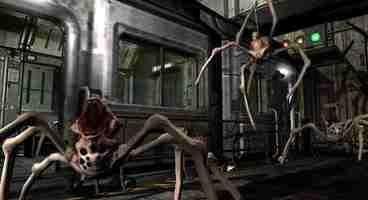 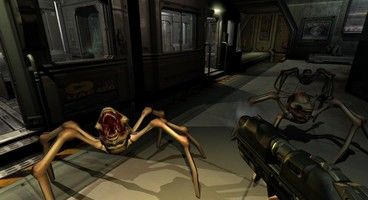 The spider-head Trites were Doom 3's most-advertised new enemy, despite clearly being a rip-off of the most famous scene in John Carpenter's The Thing. Trites are easy to kill but are small, fast, and can swarm. Seeing them with current-gen technology would be quite creepy. If any of the unique creatures from Doom 3 appeared in Doom Eternal, it'd be these guys.

The soundtrack will be once again composed by Mick Gordon, who did such a fantastic job on Doom 2016.

No word yet on whether Doom Eternal will have any online component. We're hoping for co-op in some fashion, and that the DLC won't just be multiplayer-based if it happens.

"Developed by id Software, DOOM® Eternal™ is the direct sequel to the award-winning and best-selling DOOM® (2016). Experience the ultimate combination of speed and power with the next leap in push-forward, first-person combat. As the DOOM Slayer, return to take your vengeance against the forces of Hell. Set to an all-new pulse pounding soundtrack composed by Mick Gordon, fight across dimensions as you slay new and classic demons with powerful new weapons and abilities."