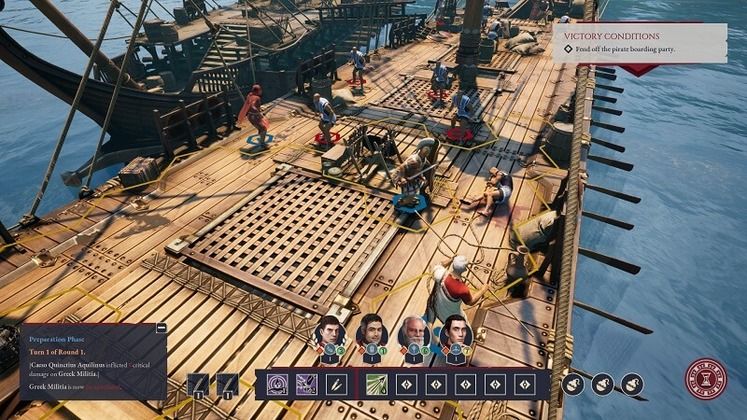 Publisher THQ Nordic and developer Logic Artists today announced Expeditions: Rome as the next entry in their historical strategy RPG series. Taking another step back through time, the title's action happens during the Roman Republic's late period. Players step into the shoes of a young patrician forced to flee the Eternal City after a rival family murders their father, forging their legacy through a series of military campaigns.

Expeditions: Rome continues the series' tradition of exploring different parts of history, which is how the developer aims to keep things exciting both for the team working on the game and its players, Creative Director Jonas Wæver said during a press presentation. But the third entry won't be limited just to the eponymous city, taking players through Greece, North Africa, and Gaul. 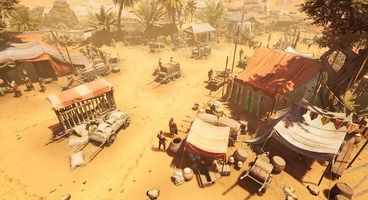 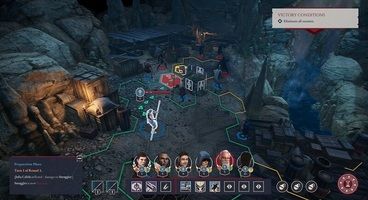 Not only will you encounter different characters and push forward the story that lies at the core of the game, but you'll also explore vastly different locales. The sun-baked deserts and rocks of North Africa contrast the dark, heavily forested areas of Gaul, as well as the peaceful fishing villages of Greece. Rome itself then acts as the place you return to after each campaign and where you see the consequences of your actions unfold.

Senior Producer Brad Logston describes Expeditions: Rome as a "roleplaying game first and foremost." You'll be able to play as either a male or a female character, which is said to bring significant changes to how others see and react to you, as well as who you'll be able to romance.

Narrative branching was one of the aspects brought up fairly often during the press presentation we attended. Initially, the developer wanted to scale back this aspect, since it proved challenging to pull off in Expeditions: Viking, but ended up going in the other direction. The choices you make in Expeditions: Rome can lead to one of 7 main endings with more than 100 possible permutations.

One end-of-act choice that was showcased saw the main character having to decide between pursuing an enemy ship or attacking mines controlled by their foes. The former could grant him evidence to use in the Senate against his sworn rival. The latter secured additional resources for the war effort. Depending on which path you take, you'll fight in different locations and go through different sequences upon returning to Rome which, naturally, encourages replayability. 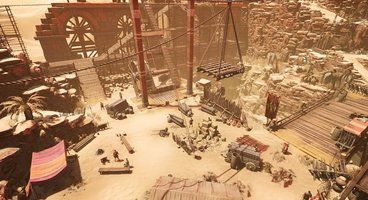 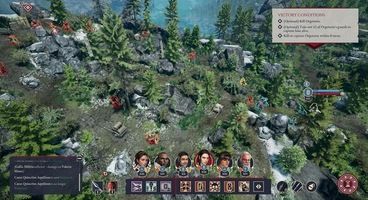 Expeditions: Rome's military campaigns see you gradually conquering its open-world map that's split into territories that grant missions once they come under your control.

"The most common of these missions are about capturing resource nodes and building infrastructure," Wæver explains."For example, you might send them to build an iron mine or a farm, or capture a quarry to build roads that facilitate faster movement across the worldmap. Capturing resource nodes allows you to upgrade the structures in your outpost, each of which offers unique gameplay benefits.

"As you capture territory, you also unlock new main story quests, and many of the most unpleasant random events can only happen when you’re moving behind enemy lines, so travel becomes safer for you. We do indeed have many side quests scattered throughout the game as well – these you typically get by seeking out the characters in our major hub levels and having a chat with them."

You get to explore these areas alongside your party before heading into battle. As soon as you draw near foes, you enter the Preparation phase, during which you can position your troops. The game's turn-based combat will feel familiar to anyone who's played through the previous installments, but Rome brings a handful of changes and refinements that push you into learning how to best use your characters. For starters, each of the game's four classes – Light Infantry, Heavy Infantry, Archer, and Support – comes with well-defined roles.

Only Heavy Infantry can use shields, essentially gaining a second health bar that opponents will have to chew through first. In addition, these characters can increase how much of their shield regenerates per turn or outright restore its health using skills. The Support class is the only one who can actually shred through these shields, acting as a counter of sorts. Light Infantry makes use of a mechanic that builds up as it deals damage, unlocking abilities that cost no action points, while Archers pelt enemies with arrows from afar.

There’s no basic attack in Expeditions: Rome. Instead, each weapon comes with a number of its own skills. They also have extra effects including bonuses granted for proper positioning. The skills of the weapon tie into the skills you unlock as a class. Combat places a lot of emphasis on the synergy between them as well as that between different characters, letting players experiment with various builds.

Depending on the skill trees you choose to spend points into, Support characters can gain the ability to give up their action point to renew someone else’s. Other actions can also refresh skill cooldowns, allowing you to chain multiple abilities together if you figure out the right way to play. There's no way to respec, but you can freely spread your points across multiple trees or lean heavily into one specialization, both approaches having their own advantages. The enemies also have similar sets of skills, aiming to make combat more dynamic.

Just like characters have skills that define their role in combat, traits also define their personalities, prompting them to respond differently to your actions. A spiritual person won't be too happy with pragmatic choices, for example. A character that disapproves of the path you're taking won't be as efficient in combat, either. The five core companions, who come with personal quests and are integral to the story, can end up downed in battle and injured, but won't outright die or leave you over disagreements. This, however, doesn't mean that they're invincible, the developer tells us. 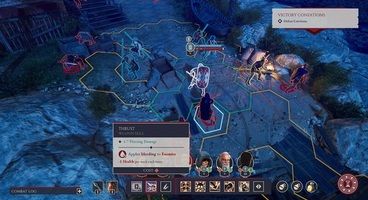 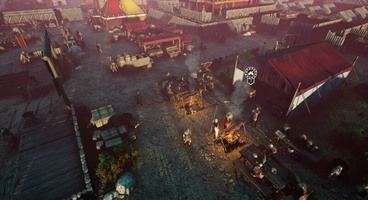 You can also recruit randomized legionarii that come with their own personalities and skills, but they will kick the bucket if left to bleed out during combat. If they end up hating your guts, they will seek their fortunes elsewhere, but you can always recruit more and ensure they keep up with their peers by upgrading your legion's barracks in the War Camp. It also acts as a good place to heal your troops' injuries or have them take a relaxing bath, which might just make them dislike you less.

Expeditions: Rome will feature various difficulty settings but also allow players to tweak individual parts of the experience. "For example, players who want a little bit more challenge in the skirmish combat but less in the legion battles can set things up that way," Wæver said. An iron man mode suited for players looking for a particularly tough challenge is also planned.

Expeditions: Rome is expected to launch later in 2021 and is headed to PC, via Steam. 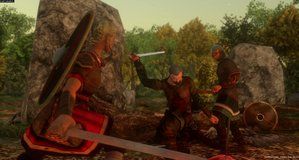