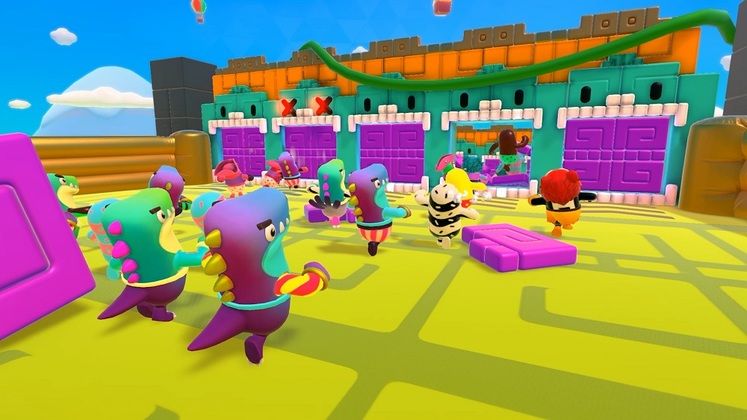 Fall Guys, undoubtedly the game of the moment, is capitalizing on its unexpected popularity by seeking a collaboration with CD Projekt Red's highly anticipated Cyberpunk 2077.

Fall Guys launched to a horde of players flocking to its chaotic action, its player count blasting past 1.5 million in the first 24 hours following launch.

Although this brought with it a number of server issues, the Fall Guys Twitter is well aware that what doesn't kill you makes you stronger – or, in its case, more prone to ask for a Cyberpunk 2077 collaboration – and directed a simple question at the RPG's Twitter account, asking how many retweets it would take for them to work together. 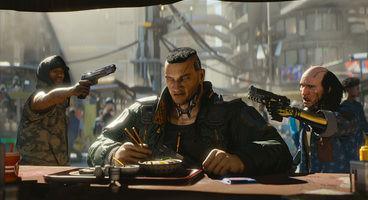 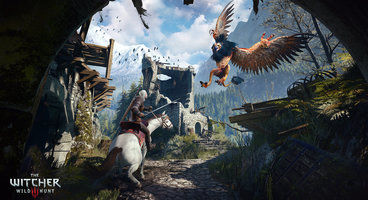 The answer came shortly after in the shape of a single word: "One.". The odyssey then continued with a frantic hunt for retweets, Fall Guys swiftly gathering over 1.2K of them.

Hi, please can we get one retweet on this tweet and then @CyberpunkGame will collab with us

Pls, I need this

And then it's confirmed

Fall Guys and Cyberpunk 2077 to do a collab

Although everything seemed well and good, the collaboration scene soon showed its ruthless nature. Not long after, The Witcher stepped in, offering "something more exciting" if Fall Guys would renounce the thought of a Cyberpunk 2077 collaboration. This led to newfound excitement.

However, when asking for "one" tweet, the Cyberpunk 2077 Twitter seemingly meant a single retweet, according to a fresh tweet coming straight from the – completely legitimate, we're sure – CD Projekt Red Legal Department.

We have checked this and it clearly said ONE retweet.

This, seemingly puts an end to a potential Fall Guys Cyberpunk 2077 collaboration, although that still leaves The Witcher in the game.

Okay, I've just been on the phone with CD PROJEKT RED Legal Department

They said we literally need to do a tweet that gets EXACTLY ONE retweet... and then they will do the collab

Fall Guys now finds itself with a herculean task in front of it: convince thousands of people to take back their retweets so that, one day, a free DLC will potentially allow Geralt to hunt colorful jelly bean people.

Will that happen? We'll have to wait and see how this drama-filled quest for collabs will conclude.