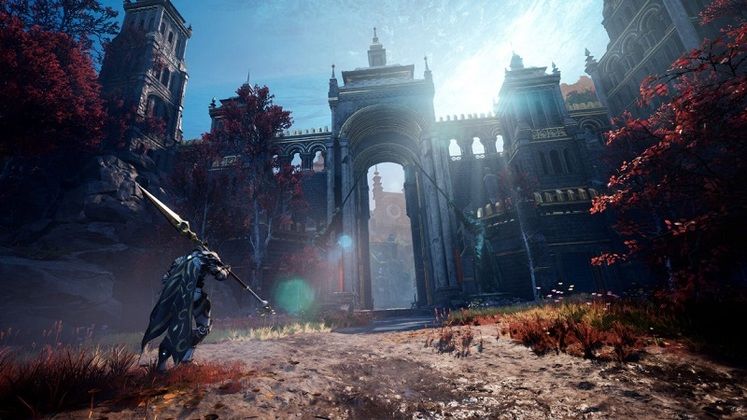 What are the Godfall PC release times? Can you preload Godfall ahead of launch and start saving Aperion right away?

As its release draws closer, Godfall's PC release times are on the minds of players willing to see what Counterplay Games' action-RPG has to offer.

The developer has now revealed that, on PC, Godfall will benefit from a simultaneous global release, happening on November 11/November 12, depending on your region. 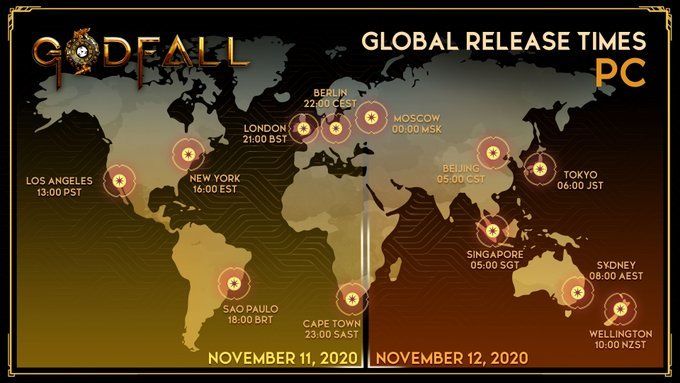 As shown in the image above, the Godfall PC release times are aiming for a midday launch in the US, with Europe getting the game on the evening of November 11.

Just like in the case of crossplay, the subject of a potential Godfall preload hasn't been tackled yet.

Since we're so close to the game's release and preloading wasn't mentioned alongside its release times, we're not expecting to be able to download the game in advance.

A loot-focused melee action-RPG, Godfall is quite a departure for developer Counterplay Games, who previously worked on Duelyst, a free-to-play tactics/card game hybrid.

For more help with Godfall, here's the maximum level that you characters can reach.

We are happy to announce our launch timing for #Godfall on #PS5 & PC!

PC players, you will be able to play simultaneously with a global launch on Epic Games Store!