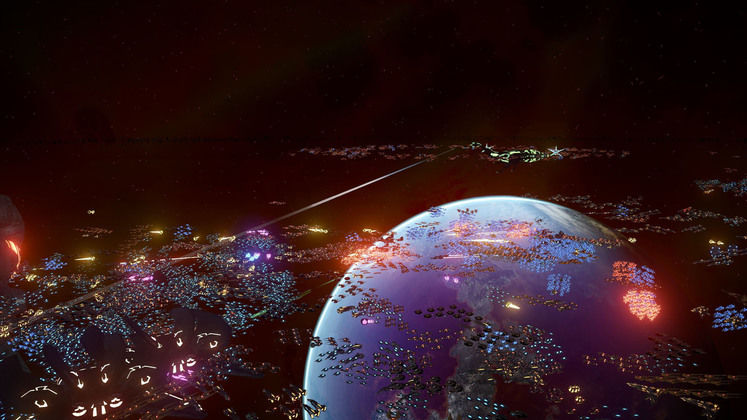 AI War 2 is a game about pushing back against the inevitable creation of a megalomaniac AI. The original AI War was released to critical acclaim, and was described as an "enormo-space RTS" by the press. More impressively, it garnered no less than six separate expansions over its lifetime.

For AI War 2, the developers promise more of the same, except bigger, better, with more polish, and with more content. Arcen Games also make a point of AI War 2's crazy moddability, which they hope will get people to create even more content for their already massive release. 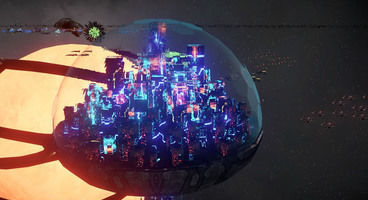 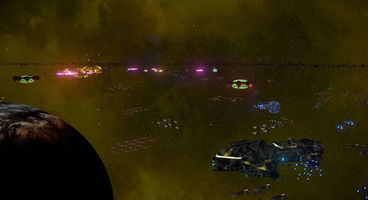 AI War 2 pits players against "an overwhelming, inhuman enemy who has conquered the galaxy." The goal is to steal as much tech as is humanly (ha) possible, capture territory via guerilla warfare, fortify bases, and eventually launch an all-out attack on the AI headquarters. It's similar to XCOM 2, in that regard.

The current, Early Access build of AI War 2 features side-quests with factions that players can cooperate with, highly-polished gameplay mechanics, a custom UI that's currently being worked on, and 1.5 hours of new music, which is combined with the 4.5-hour score from the original AI War. Sadly, multiplayer is currently disabled, but it's coming back, and soon, according to the developers.