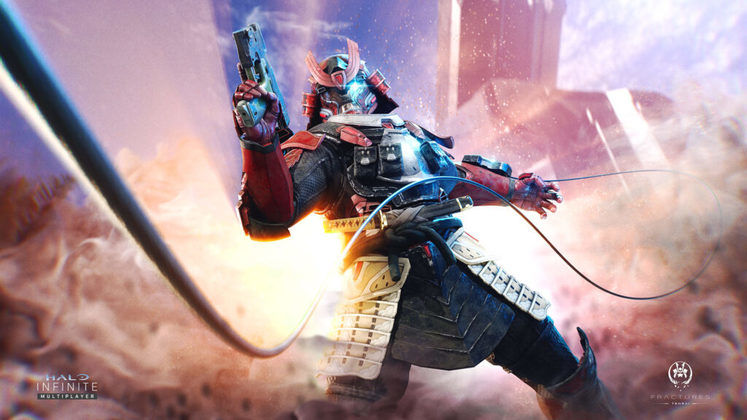 Halo Infinite's Season 1 is currently underway and confirmed to also feature the limited-time Fracture: Tenrai event, giving players the chance to earn a rather badass Yoroi samurai armor for their Spartan between its start and end dates.

Halo Infinite's Fracture: Tenrai event will be active for shorter periods of time, but also go live on multiple occasions during the free-to-play multiplayer mode's first season. Since its rewards do stand out from those you can grab through the game's standard battle pass, you'll likely want to keep track of its start and end dates, which is precisely what this article helps with. 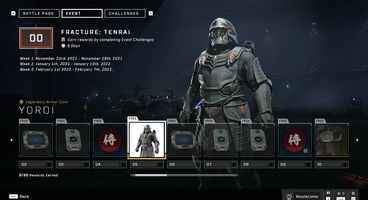 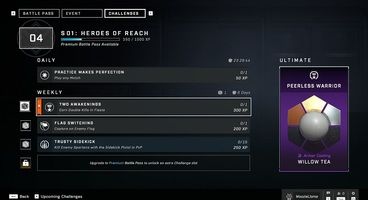 The Fracture: Tenrai event comes with a separate battle pass of its own, unlocking themed rewards spread across 30 tiers. The Yoroi Legendary Armor Core is unlocked upon reaching Tier 5, several other samurai-themed cosmetics being unlocked as you progress further.

To make them your own, you'll have to complete event-specific challenges, which are marked with an orange banner in the game's menu. They're part of the game's standard pool, so you may have to work through some regular challenges before more become available.

During the first week, you could only complete 7 such challenges, which essentially capped event progress to 7 of the 30 tiers.

Developer 343 Industries increased the number of available challenges and unlocks to 10 as of the event's second week, following fan feedback. Event challenges should appear more frequently in the challenge pool, while all XP and Challenge Boosts above Tier 10 were replaced with cosmetic items.

The challenges revolve around Fiesta matches, which have their own special playlist that goes live with Halo Infinite's Fracture: Tenrai event. Fiesta is, essentially, a variant of the Slayer game mode that gives players random weapons every time they spawn.

The Fracture: Tenrai limited-time event will return five more times throughout Halo Infinite's Season 1 and these are the start and end dates we know about so far:

More details about its future dates will be shared at some point after Halo Infinite's campaign launches on December 8. For more on the first-person shooter, check out its system requirements.