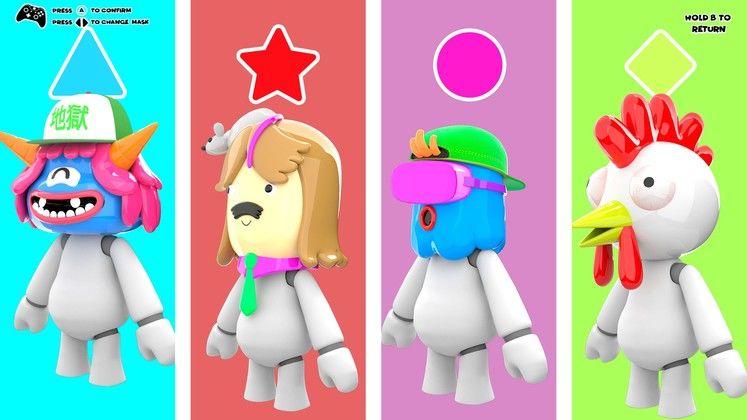 There usually comes a time when you want something a tiny bit weirder than your run-of-the-mill shooter, RPG or simulator to play. As if tailor-made to fulfil this niche is Headsnatchers, the upcoming multiplayer title where you'll have to steal your opponents' heads to win the match. Yes, seriously.

Headsnatchers was slated for release via Early Access today, no less, but due to the game not being up-to-par with the developers' intentions for its initial playable build, it's been pushed back to 24th of July. 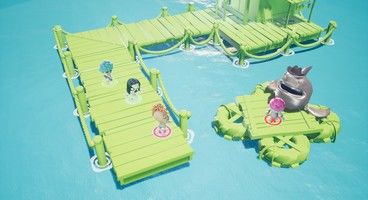 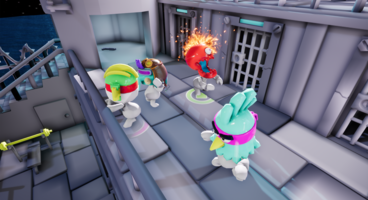 In case you're not overly familiar with the game's concept, Headsnatchers takes the concept of traditionally oddball Japanese TV show games and amps it up to elevel. Up to four players will be able to duke it out across 25 ridiculous maps in both online and local multiplayer, making it practically a must for gaming parties.

Developers promise four different game modes, a specially-designed singleplayer mode called 'Zombie Castle', at least 100 different heads to choose from, as well as a limitless custom head creator - or the Headitor, as it is referred to.

Upon release, Headsnatchers will come with 6 playable maps for online play, with the number increasing as the developers go through the Early Access programme. Additionally, custom-made heads will not be supported in online play from the get-go due to technical difficulties.

All the same, Headsnatchers promises to deliver just the right amount of weird and cool for the whole thing to work, so stay tuned for the game's release on 24th. 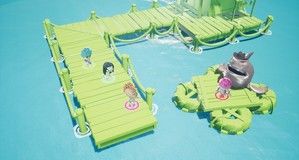