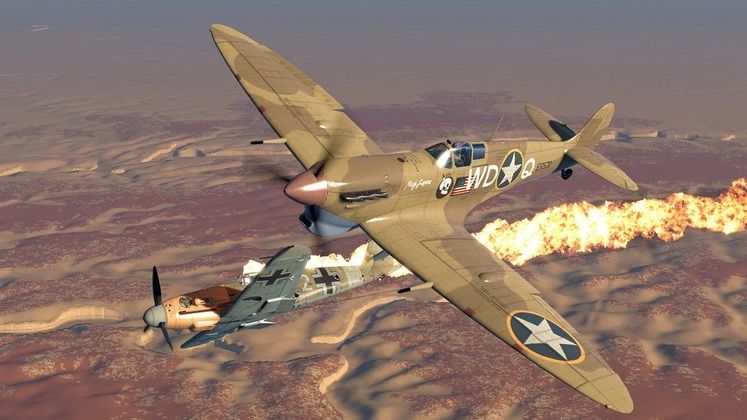 An expansion to IL-2 Sturmovik: Cliffs of Dover - Blitz Edition, IL-2 Sturmovik: Desert Wings - Tobruk will introduce over 40 new aircraft types and variants. Some of the names include Spitfires, Hurricanes, Martlets, Messerschmitts, as well as a flyable Wellington bomber and updated versions of the Ju-88 and Heinkel 111H.

On the ground, IL-2 Sturmovik: Desert Wings - Tobruk will add over 25 new tanks, artillery and vehicles, while its waters will see 17 new ships which include massive battleships, cruisers, submarines, but also smaller torpedo boats and merchant ships clashing against each other. 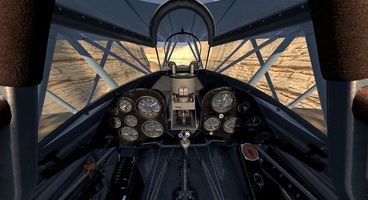 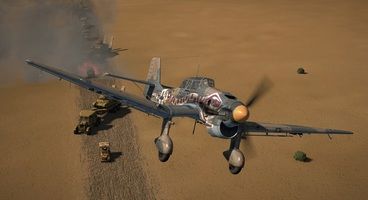 According to a press release, it recreates "in precise detail the strategic stronghold of Tobruk and the rugged contours of coast, desert and sea which surrounds it, with over 75 airfields, multiple landmarks and towns, an extensive road system as well as the historical fortifications, minefields and defenses, all based on actual maps from the war".

Over on the multiplayer side, the expansion allows "over 100 players and dozens of AI aircraft online simultaneously". Some graphical improvements are also on the way, including new anti-aliasing systems, extended viewing distance, improved terrain modeling and new dust effects.

IL-2 Sturmovik: Desert Wings - Tobruk is set to release on PC, via Steam, at some point in Summer 2020. The game will be priced at $69,99 USD, or your regional equivalent, and benefit from a 15% discount during the first week of its launch.