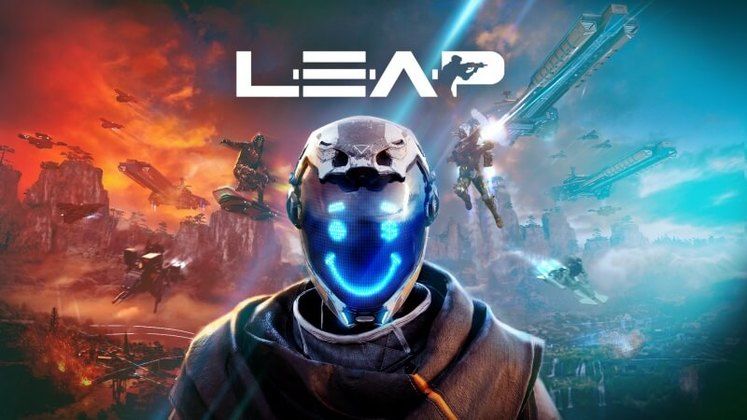 Blue Isle Studios, developer of games such as Valley and Citadel: Forged in Fire, today unveiled Leap as its brand new multiplayer first-person shooter, while also revealing when its closed beta is slated to start and end.

Supporting up to 60 players, Leap adds aerial firefights and a focus on mobility to the genre's tried and tested mechanics. You take on the role of a mercenary siding with either the United Earth Defense Coalition or the Exo-Terrans before picking one of four available exo-suits and entering the fray. 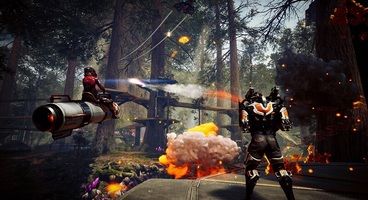 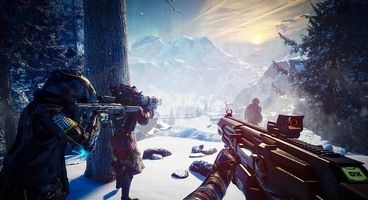 Each exo-suit comes with its own set of skills that enable players to call in orbital strikes, set up automated turrets around the map, or blow up their opponents using guided cruise missiles.

Jetpacks and grappling hooks are joined by personal vehicles like hoverboards or a badass mechanical moose, helping you traverse the "six enormous environments" available when the game enters Steam Early Access.

Leap's closed beta has locked down its start date to January 19, ending two days later, on January 21. Those interested can sign up on the game's official website for a chance at participating.

Multiple game modes will be available when early access begins, accommodating different player counts across small, medium, and large variants of these environments.

Leap also features a variety of weapons to unlock for each class, as well as cosmetics that add some style to your guns, armor, and personal vehicles.

There's no word on when the first-person shooter will enter Steam Early Access just yet, although the developer says it's "coming soon." Current plans will keep it there for 12 months, as the team works on fixing bugs, improving stability, and adding new content. Full mod support is also planned.

You can learn more about the game on Steam and check out its announcement trailer below.