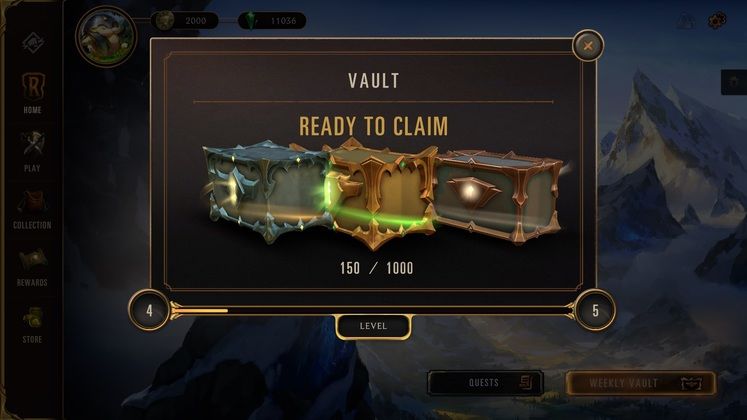 Legends of Runeterra does a rather unusual thing for free-to-play collectible card games, rewarding players based on how much they've played during the week through its Weekly Vault.

Here's what you need to know about Legends of Runeterra's Weekly Vault, its ranks, rewards and upgrades. 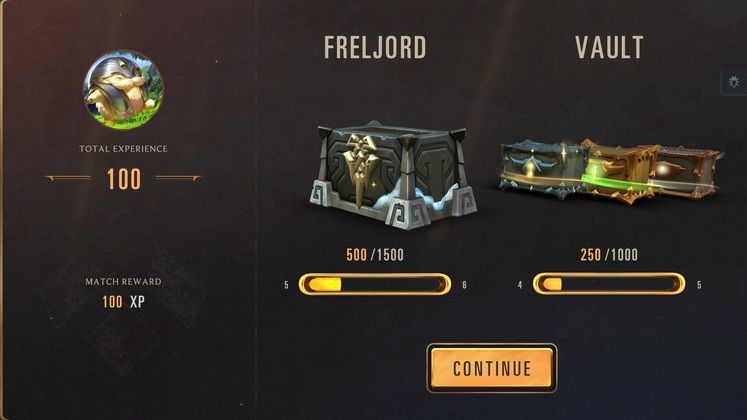 Legends of Runeterra's Weekly Vaults start from level 0 each week and can only be opened on Tuesdays. Their rewards span a total of 13 ranks which require increasingly higher amounts of XP to reach. The higher the rank, the better the reward.

The rewards earned from Legends of Runeterra's Weekly Vault also have a chance to randomly upgrade to superior versions of themselves.

There doesn't, however, seem to be any way to influence when upgrades happen, which leaves players with hoping that RNGesus is with them when they open their Weekly Vault.

Legends of Runeterra is available now in Open Beta.