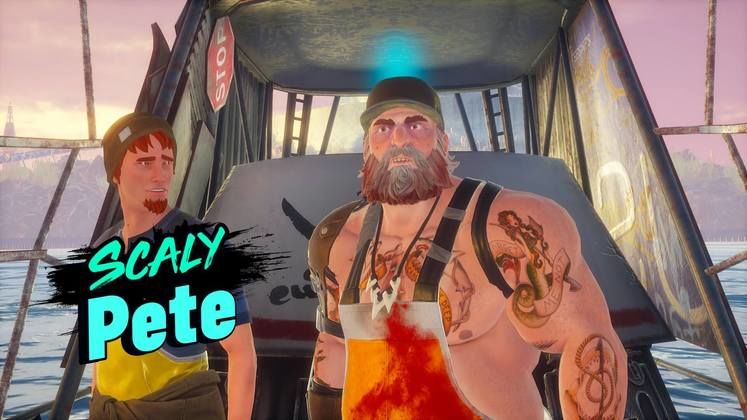 When do you fight Scaly Pete in Maneater? Where is the location of the fight and what can you expect from the boss fight. Players chomping their way through the recently released action RPG are likely asking themselves these questions.

While it does take a while, you do get to fight Scaly Pete. Here's the location where it happens and how the boss fight plays out. 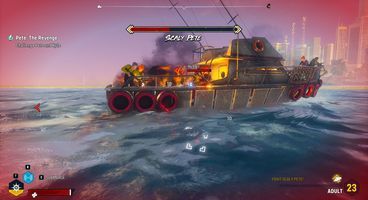 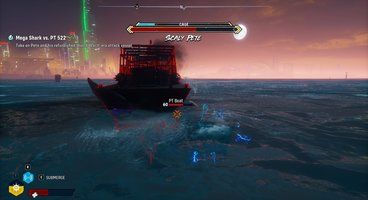 Although Maneater establishes the conflict between Scaly Pete and its shark protagonist early on, you'll mostly see the shark hunter in cutscenes going about his TV show business.

You first get to fight Scaly Pete well into the game when you reach level 20. The fight is required for both pushing the story forward and growing your shark to its Elder size.

The location of your first fight against Scaly Pete is in Sapphire Bay, so you'll need to have progressed through the area's required tasks before being able to start it. This also the first proper boss fight in Maneater.

Fighting Scaly Pete involves taking down his boat which you largely do by ramming into it. The shark hunter's boat hosts a handful of regular hunters that retaliate using ranged weapons and dynamite.

As soon as you destroy the boat's cage – which has its own separate health bar – during the first Scaly Pete boss fight, another boat of hunter reinforcements will join in.

By that point, however, Pete's boat was low on health which made it easy for us to destroy it and complete Maneater's first boss fight before the reinforcements could do anything.

With the boat destroyed, you'll watch a cutscene after which you can continue the story playing as an Elder shark.

You'll fight Scaly Pete again, right at the end of Maneater's story campaign. This time, the boss fight's location changes to The Gulf.

The second boss fight is identical to the first with two exceptions: Pete's boat will fire torpedoes at you and comes equipped with two electric shields which you'll want to destroy first.

Reinforcements will still come in once you've depleted enough of Scaly Pete's health but repeatedly ramming into his boat remains the way to go.

Now that you know the locations of both boss fights in which you fight Scaly Pete, check out our guides on all landmark locations and max level.