Maneater Threat and Infamy Rank - How Do They Work? 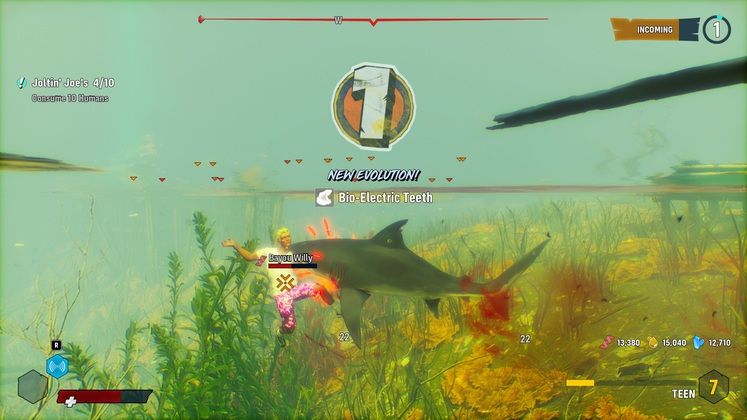 Maneater doesn't take too long before it tasks you with reducing Port Clovis' human population. As you descend upon helpeless civilians, however, the game's Threat and Infamy Rank systems come into play, calling hunters to make sure you leave their less armed peers alone.

Here's everything you need to know about how Maneater's Threat and Infamy Rank work, to help out with both survival and enhancing your shark. 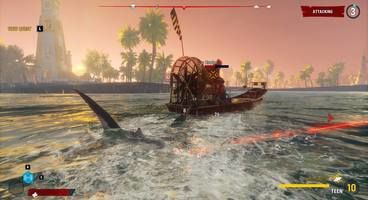 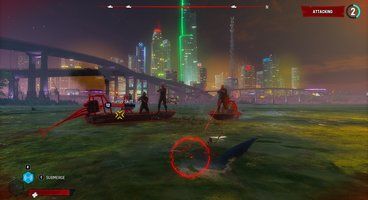 As soon as you start eating humans, regardless if they're in the water or on land, you'll notice a blue Threat bar appearing in the upper right corner of your screen.

Each kill adds to it until it's full. That's when the Threat bar turns red and hunters will take to their boats and come for you. This, however, acts in your favor, as it enables you to increase your Maneater Infamy Rank.

Doing so can only be done by killing hunters which come in virtually endless streams upon building up your Threat meter. The Infamy Rank is represented by a number next to Maneater's Threat bar and in its section in the in-game menu.

As you kill regular hunters, you'll notice the circle around it filling up. When it's filled, your Infamy Rank goes up by one and calls forth a named hunter.

Killing these named hunters is the only way to obtain certain evolutions that make your shark stronger, so you'll sooner or later want to make sure they're all dead.

Although them being attached to Maneater's Infamy Rank would suggest you're in for a boss fight of sorts, in our experience, you can grab named hunters as easily as unnamed ones by jumping out of the water and attacking.

The only difference between them and their nameless peers lies in the fact that they usually take a couple of extra bites to kill. Once you've caught and dragged them underwater, though, that doesn't matter a whole lot.

Maneater's Infamy Rank only goes up, calling higher level named hunters. Similarly, killing enough regular hunters of a level will result in higher-level ones hunting you down.

These will, eventually, drop their harpoon guns for automatic firearms and also bring explosives, so you'll want to pace feasting on humans accordingly.

To reduce Manhunter's Threat level, swim far from the place where you slaughtered civilians and fought hunters. They'll eventually lose sight of you and, after a brief period of searching, the hunters will give up.

If you're near your Grotto, that's an excellent way of reducing Threat level and trying out the new Evolutions obtained from killed named hunters.

With Maneater's Threat and Infamy Rank covered, check out what we know about the title's Steam release date.