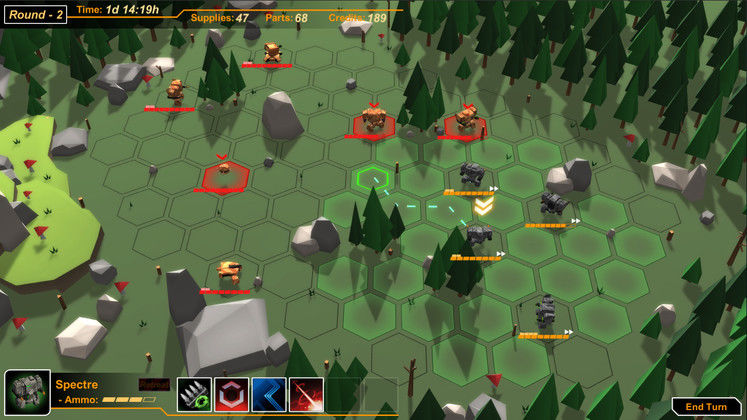 MechCorp is what happens when a single game developer is thoroughly and in equal measure enchanted by XCOM and FTL, and when they take three years of their time to develop a mech-focused amalgamation of these two modern classics.

This turn-based tactics game with a strategic meta-layer of gameplay will have players take command of a mercenary mech squadron as they duke it out with foes both planetside and in open space. As you might expect, the XCOM portion of MechCorp's pedigree kicks in when fighting, whereas FTL rules supreme during the meta-play. 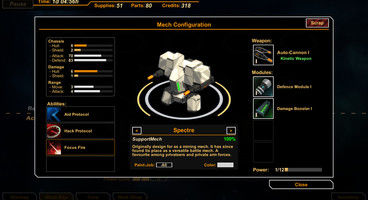 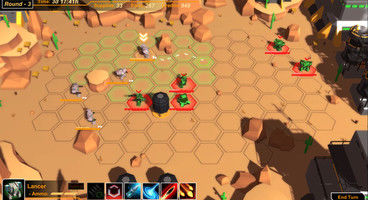 Players will essentially have to keep their squad of battle-hardened mercenaries in shape and pursue various contracts in a randomly-generated, roguelite-ish galaxy that is on the brink of war. Said squad will consist of 18 different types of mechs, each of which will feature a different skillset and a number of unique abilities. Furthermore, these mechs can be customised with various equipment and weapon loadouts, which will - naturally - affect their eventual performance in combat.

In the meta-layer, developer promises a number of tech trees and research for the players to fiddle with, which relates to the fact that every decision a player makes will be made permanent as soon as it is made. This ensures interesting - if sometimes annoying - gameplay outcomes, and helps in keeping the game fresh through multiple play sessions.

Set to release on 2nd of August, MechCorp may just be what we need now that there's a distinct lack of new, FTL-like video games on the market, and if you're interested in seeing what the developer has in mind, be sure to check the game out on Steam.