New World Isn’t Dead, Players Are Hopeful for A Revival 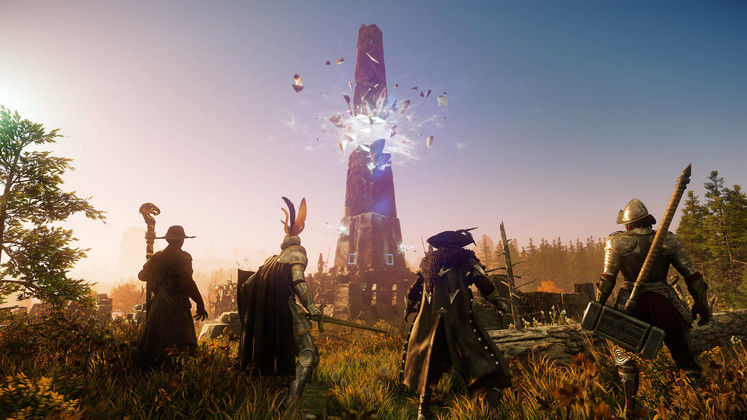 Remember when everybody wanted to play New World? Well, things are different since then for the MMO, and not in a good way.

It’s been close to four months since New World welcomed players to the land of Aeternum. During the first two months, New World was filled with enough bugs, New World gold currency crises, and controversies to last other games an entire year. Needless to say, it was a problematic time for both the devs and the community. Did you ever experience hearing something and thinking “Wow, that happened way back” only for someone to tell you, “What do you mean? That was two months ago”? That’s exactly what it feels like playing New World. When the game launched, it peaked at over 900,000 players; however, the daily count has dropped ever since. In mid-December of 2021, the daily peak players dropped below the 100,000 mark for the first time. This leads to a lot of players prophesizing New World’s demise, but is it all that bad?

When New World launched in September 2021, everyone went ballistic for the game – so much so that the player count peaked at 900k. But now, that has since dropped below 100k. Players were crazy hyped for New World four months ago, and we’re already at that point where the numbers have plummeted drastically. 100k active New World account is still technically a lot, but what some people may not know is that Amazon Game Studios’ servers have a max capacity of 2,000. If a server is meant to have 2k people playing on it but there are only 100-300 players active, then everything can feel pretty barren.

New World drew a lot of attention that can be attributed to the influence of major streamers who helped generate some hype for the title during its earliest days. As such, the early embrace of the streaming community for New World wasn’t entirely organic. New World’s developers implemented a bunch of features in the game just for the streamers; this is hardly surprising, considering that Amazon owns Twitch in the first place. This led to some streamers being paid to play the game during its closed beta period. Whatever the case, it’s crystal clear that during the pre-launch of New World, Amazon relied on streamer support to generate excitement. In the long run, this became a problem. 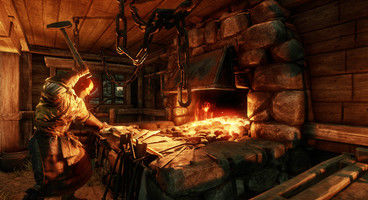 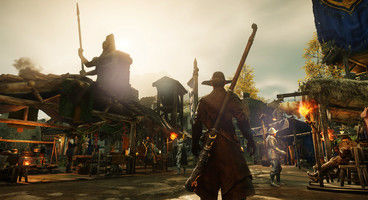 New World indeed made a big splash in the streaming community, especially when the game’s closed beta started, but it’s clear that they’re divided regarding the MMO’s long-term prospects. While this isn’t normally big news to most people but given that Amazon hoped that streamers would help sell their game, it ended up impacting the number of people interested in playing it.

All MMOs experience a drop off after the initial surge – it’s a normal occurrence that people shouldn’t think about too much. There are many reasons why that happens, but in New World’s circumstance, they brought some of it on themselves by introducing bugs into the environment. Scot Lane, the game director at Amazon Games, stated that they’re improving daily and if they believe that if they continue to do just that, many players will surely come back. This meant going over fixes – lots of them. To give more context, Amazon is planning to not only expand Aeternum in size but in activities and variety. There’s no concrete date yet on when those will come out, but PvP death-dealers and boar-killers will be glad to hear the new weapons are on the way.

The Difficulties of Maintaining an MMO

Making an MMO is a perilous project for any studio to undertake – more so maintaining it. Few have lasted as long as World of Warcraft, RuneScape, or Eve Online, all of whom are known to be seasoned veterans in the painstakingly difficult and – occasionally – profitable genre. Work never runs out once it starts. Releasing an MMO is one thing but preserving and trying to get new players for years is another thing entirely. According to Lane, Amazon Game Studios are just barely out of the starting block when it comes to making improvements for New World.

It’s no secret that New World had a rocky start, no thanks to the New World gold dupe exploit and economic issues. As a result, hearing that people jumped ship isn’t all that surprising to hear. Based on the evidence that we’ve seen since December 2021, it does look like New World is dying, and it’s up to Amazon Game Studios to stop the bleed of players before their game is completely dead. There’s still a lot of potential for New World to rise again, and since it’s confirmed that there’s new content to expect, there’s a big chance for Amazon’s MMO to act new and returning players alike in the future. What do you think about the current situation of New World? Let us know down below!

This is a sponsored post on behalf of Player Auctions