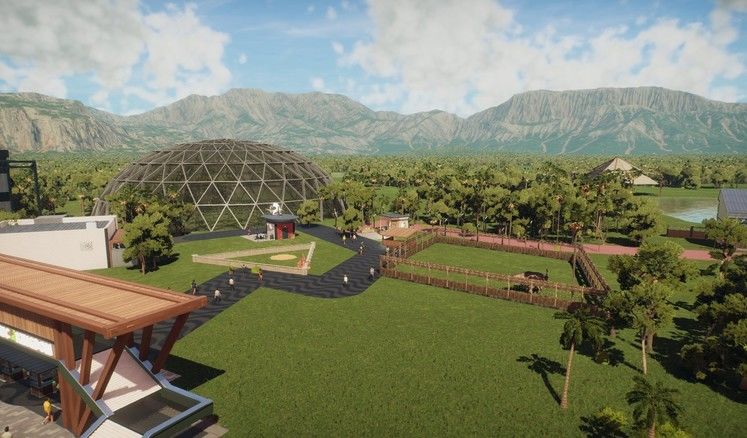 Playing Prehistoric Kingdom reminded me of Alien Isolation. Probably not how you think it would though.

This is a park management sim that gives players the tools to make the best (or worst) dinosaur theme park in all the lands. You know the kind of thing. Set ticket prices, charge extra for merch, and let the disasters happen because that’s the secret point of it all. What made me think of Alien Isolation though?

Well, Prehistoric Kingdom is like the Seegson Synthethetics to Jurassic World Evolution’s Weyland-Yutani. You can tell they both exist in the same spaces within the same timeline, but Seegson naturally feels like a lesser version of Weyland-Yutani because of the prestige of history afforded to it (murderous and greedy as it may be). Sure, they both set out with the same goals, but it’s an uphill battle to punch at the same weight. At least for Prehistoric Park, there’s a future to look forward to and compete for than there was for Seegson. 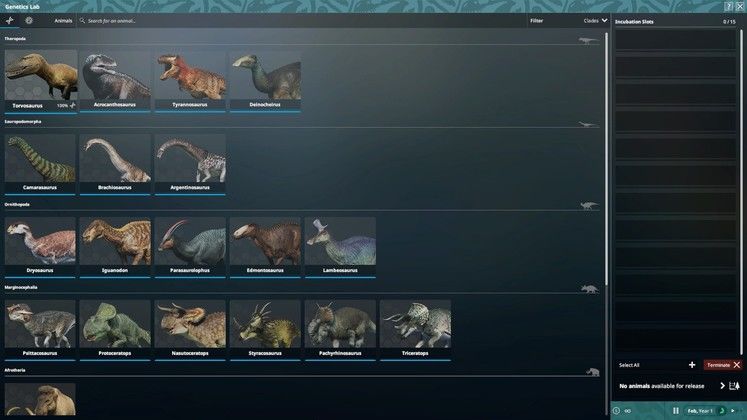 There's quite a few creatures to occupy your park already

You see, Prehistoric Kingdom is Early Access at the moment, and in its current state, it’s about showing the potential of what’s to come, even if that does paint it in some unfavorable light with a very prominent competitor already prowling the digital landscape. To stand out, it really needs to show something truly its own from the start, and unfortunately, while it's a solid start, it's not got that big pitch to sell it as something alternative.

That’s not to say what is there doesn’t have something to it, nor does it preclude the opportunity to yet become a genuine rival to its blockbuster opponent. So far it’s quite fun to dabble in a bit of park-building, especially via the game’s creative mode where you can offset the more rigid, fussier side of this current build. There’s a healthy selection of creatures to be made, prefab containment and freeform building to house them in, plus that aforementioned joy of ‘accidentally’ letting a carnivorous monster get loose. 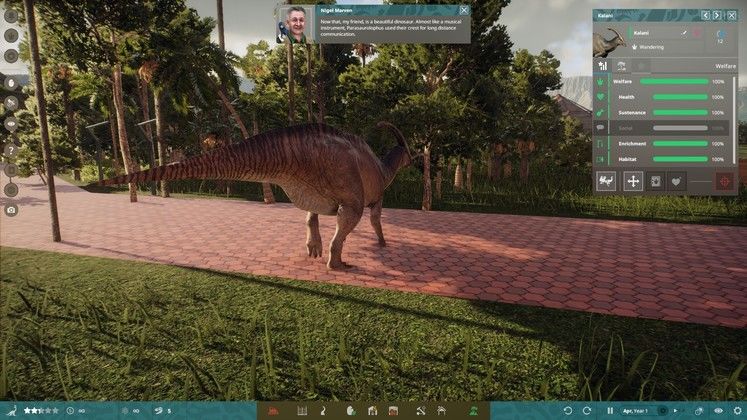 Oh no, a dinosaur got loose. Someone stop it.

There’s some surface-level tinkering to be done that makes this a competent park sim, but it lacks a bit of personality, beyond riffing on the Jurassic Park/World franchise, which isn’t the best idea when making a game so very close to one set in that world. It only serves to make Prehistoric Kingdom appear the ‘cheap knock-off’, which is a tad harsh on it given its embryonic state.

One of the issues I believe would be best to fix sooner rather than later is the load times. Loading into anything in Prehistoric Kingdom is currently a bit of a chore, with lengthy waits even to simply quit to the main menu. When you’re waiting on a plate of nachos, you’d rather not be sitting in the restaurant for an hour while those ordering the surf n’ turf are enjoying their meals long before you.

So Prehistoric Kingdom is in decent shape, but far from being ready for approval to let people walk with dinosaurs just yet.