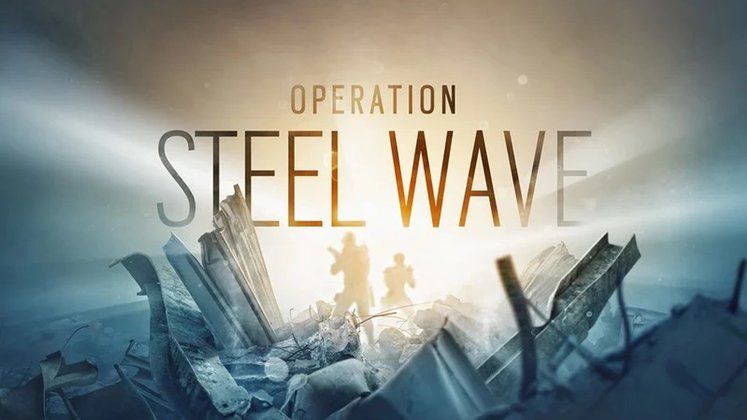 Rainbow Six Siege's Operation Steel Wave now has a release date. Players can expect to hop into Y5S2 and try out its additions as soon as tomorrow, 16th June. As expected, the Y5S2 patch notes are also live, detailing what's new in the coming season.

Operation Steel Wave introduces two new Operators to Rainbow Six Siege. Ace is a two-armor, two-speed attacker whose special ability, the S.E.L.M.A Aqua Breacher, bursts through breakable and reinforced surfaces, being most efficient when used on walls, where it can deploy up to three times. In terms of weaponry and gadgets, Ace can wield the AK-12 assault rifle, M1014 shotgun, breach charge and smoke grenade.

The second Operator coming in Rainbow Six Siege's Operation Steel Wave is one-armor, three-speed defender Melusi. Her special ability, the Banshee Sonic Defense, is a bulletproof item that can be deployed on surfaces and which emits a scream when enemies come near, giving away their locations while also slowing them. in terms of weaponry, she can wield a T-5 SMG and Super 90 shotgun, while preferring the impact grenade and deployable shield as gadgets. 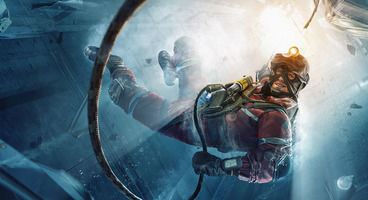 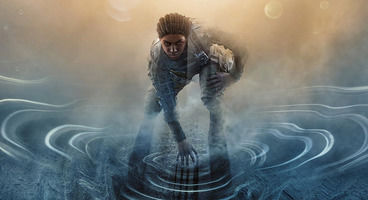 Operation Steel Wave also reworks Rainbow Six Siege's House map. Some of its areas are now bigger while the new section on its South side further adds two rooms on each floor alongside a staircase to connect them. Additionally, the TV Room and Music Room now house a new Bomb site each.

Amaru's hook animations and timings should be smoother once the Y5S2 patch is deployed. She will also only break barricades when going through them and will breach hatches as she goes up them. The Operation Steel Wave patch notes also reveal the new Proximity Alarm secondary gadget. The thrown sticky gadget triggers an alarm when enemies walk past it.

Rainbow Six Siege will shift to a unified MMR system starting with Y5S2, removing the region-based one, while its Champions’ leaderboard will become worldwide. Reaching the Champions threshold now requires playing a minimum of 100 matches on top of having 5000 MMR. You can check out the remaining changes in the full patch notes linked above.

Operation Steel Wave is on the way to save your day! 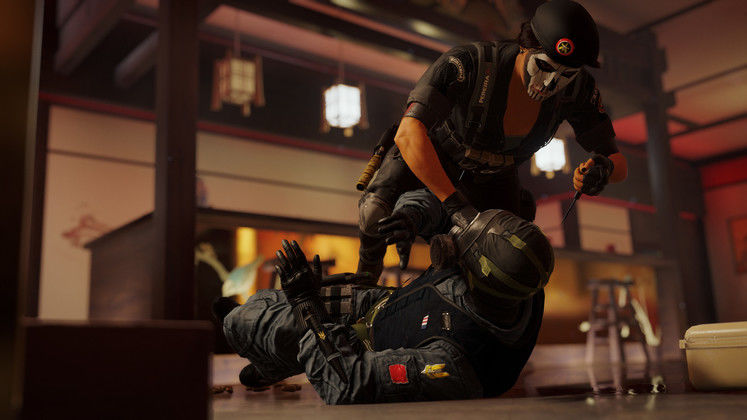 The Operations Steel Wave release date announcement and patch notes were accompanied by the full list of changes that Ubisoft aims to introduce in Rainbow Six Siege's Y5S2.1 update.

During the Steel Wave test server period we received a number of feedback requests for balancing tweaks to the new Operators. After evaluating feedback from players, and data from the TS, we plan to make a few balancing changes to the new operators with the 2.1 patch. The changes will not go into effect until the Y5S2.1 update.

After re–evaluating a number of current game–meta and gameplay factors, we made the decision to swap out Melusi's deployable shields for C4 to prevent putting extra pressure on attackers and specific attacker utility.

Buff to the ACS12's damage to make it a bit more viable than it is currently. ADS speed should also now match other weapons of the same category. Furthermore, on release, the ACS12 had 300RPM, and it was lowered by a later balancing change. With this change alongside the change to slugs, the 300 RPM should not have issues with destruction.

Now has an ACOG. This is where all the lost ACOGs went.

French localized audio for Ace and Melusi will be available in FR at launch. RU localizations are still unavailable.

This fixes an issue where alarm cooldowns meant that players could cross metal detector barriers multiple times without an alarm sounding (if it was already triggered previously and on cooldown).

Added a top window blocker and bars to the wall facing treehouse to allow players to shoot through, but players will not be able to rappel in through that window.