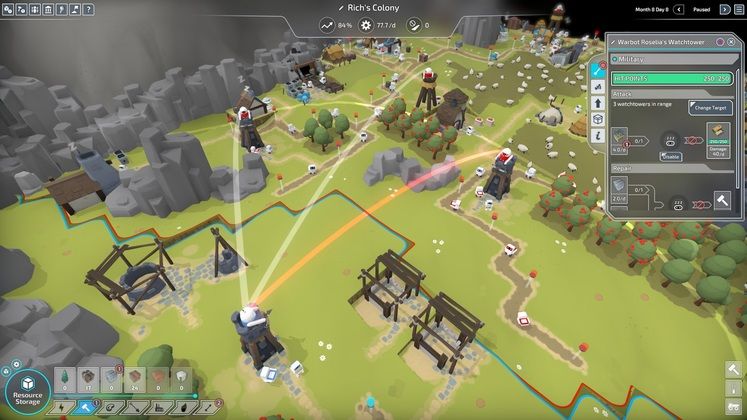 The Colonists draws the bulk of its inspiration from the likes of Anno, or The Settlers, and it definitely shows. This minimalistic strategy title will have players taking control over a faction of robots who are tasked with preparing a planet for humans' eventual colonisation.

The problem lies in the fact that, since bots were originally programmed to follow the human logic patterns, they quickly began to turn upon one another and divide themselves into warring factions who are vying for control over the planet. 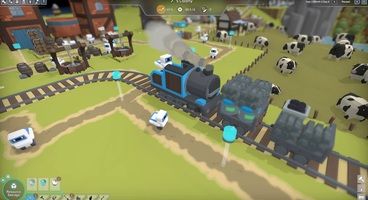 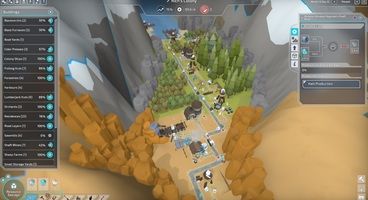 Throughout any given match, players will see their faction of robots advance through three different Ages, composing terrestrial, aerial, and aquatic transport infrastructure. Along the way, your bots with also have to harvest the local natural resources, set up farming and food production, and maintain "society".

Of course, you will also have to micromanage territory expeditions, research brand new technology, and do everything else that might go hand-in-hand with android turf wars. Developers promise two separate mission tracks: one that will let you create a sprawling settlement in peace, and the other, where you'll have to fight off other AI colonies in active combat.

The Colonists is currently planned to release via Early Access at some point during September, though there's no firm dates to speak of just yet.