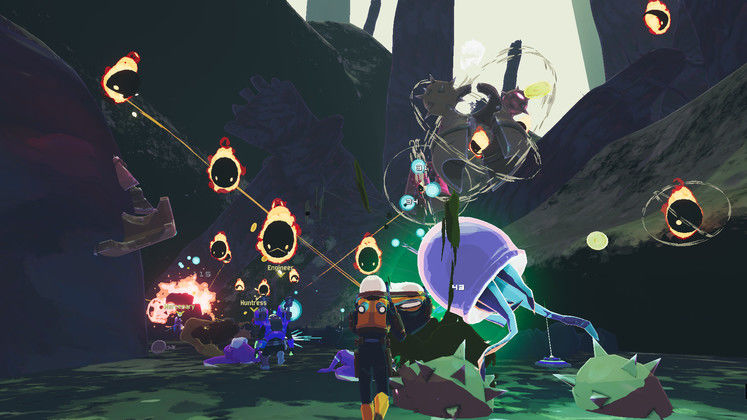 Risk of Rain 2's roster of playable characters has grown with the introduction of Acrid in yesterday's Hidden Realms update. Getting to unlock him, however, takes a bit of skill and effort.

Here's everything you need to know in order to unlock Acrid for yourself in Risk of Rain 2. 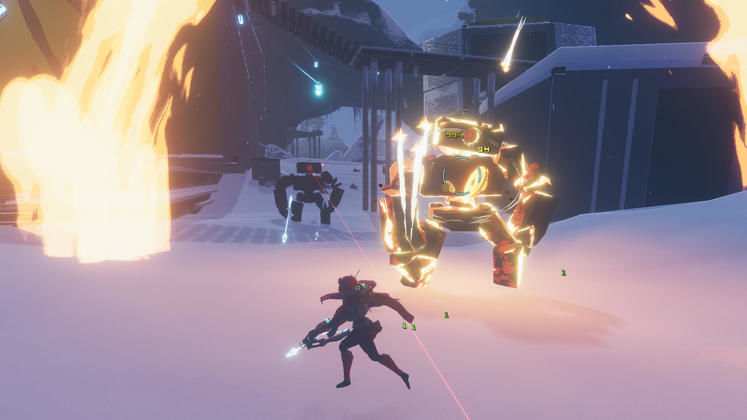 Unlocking Acrid in Risk of Rain 2 is a bit of a process, the first step requiring you to use a Lunar Shrine to go to the Bazaar Between Worlds. Once there, instead of entering the Bazaar, you'll want to look below for a platform and jump on it.

Once down on the first platform, look into the abyss some more until you spot an area with a light green glow. A handful of platforms lead to it, and you'll want to carefully jump to them. Once reached, the area will reveal a Null Portal. Enter it to start the next step.

In order to unlock Acrid in Risk of Rain 2, you'll need to complete the ...To Be Left Alone challenge. The good news is that you're in the right spot, the Void Fields hidden realm; the bad news is that it won't be easy.

The area in which you find yourself constantly drains your health, except for when you're inside Cell Vent fields, which are represented as purple domes. The challenge required for unlocking Acrid actually tasks you with activating all nine Cell Vent fields in the area.

Thankfully, each Cell Vent field shoots a purple beam up into the sky, which makes keeping track of where you need to go a bit easier. However, every time you reach a Cell Vent, you'll also have to deal with some rather difficult waves of enemies.

Once you defeat one wave, the Cell Vent disappears, leaving you vulnerable but also pushing you onto the next one. Unlocking Acrid in Risk of Rain 2 is, without a doubt a frantic race. Healing items can make things a bit easier for yourself and there's no shame in trying a few times before you actually get the character.

The moment you kill the ninth Cell Vent field's wave of monsters, Acrid gets added to your character roster. His playstyle revolves around wearing his enemies down with poison and leaping into the fray to deliver the final blow.

Risk of Rain 2 is now available in Early Access on PC, Xbox One, PS4, and Nintendo Switch.