Risk of Rain 2 Scorched Acres Update Changelog - Who is the New Character? 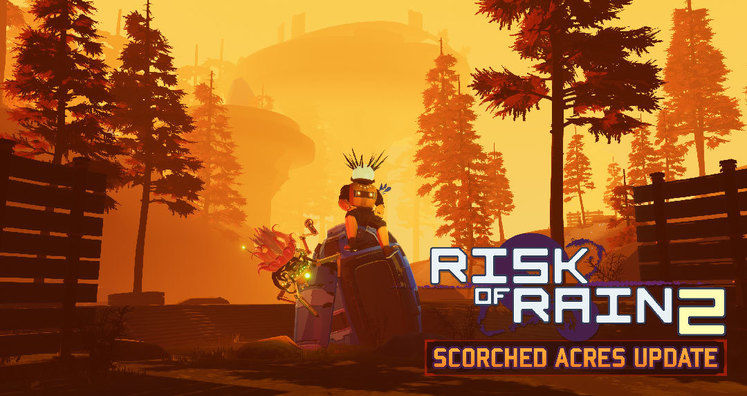 Risk of Rain 2 has just received its latest content update, titled Scorched Acres, and it's a major one. Not only does it introduce an entirely new character to the mix, but it also comes with an entirely new stage, boss, Elite enemies, and various bugfixes.

The ROR 2 Scorched Acres update may well be the biggest one the game's received so far, and from what we can tell, it promises a thorough revamp of virtually every aspect of its current meta. Exciting!

As you can tell, there's a major new survivor coming with Scorched Acres: REX. This mysterious new character will fulfill an entirely new niche in ROR 2's gameplay, but what could it be? Here are the most important patch notes for you to reference:

Malachites are new high-tier elites that only spawns late. Possesses a number of unique abilities - including disabling your healing…

Added 9 new items/equipment to the game

Added 5 new challenges to the game

As you can see, not much has been said about the new REX survivor at all, so you're going to have to bear with us while we unlock the bugger and see what this new beastie does. If you're interested in reading the detailed patch-log, you can do so on the game's official Steam blog.

Be warned, though, they're quite long, and if you're a big fan of Risk of Rain 2's trademark mystery and obtuseness, they may well spoil some things along the way. In any case, happy hunting!