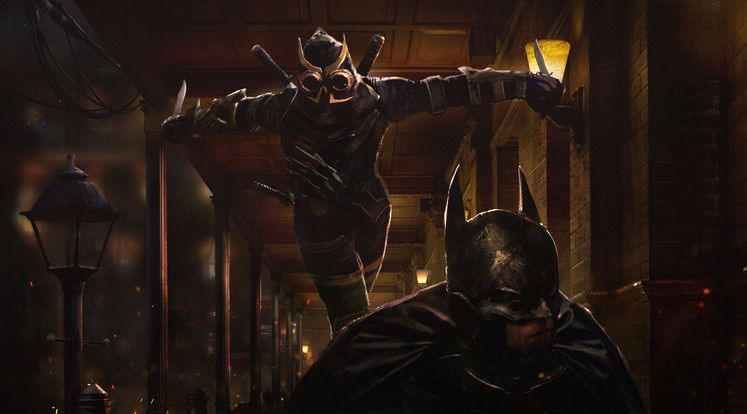 It's been four years since Batman Arkham Knight and we're well due for a new Batman Arkham game. A lot of rumours are swirling around Batman Arkham Origins creators WB Montreal, suggesting their new game is a Batman Court of Owls game out this year. Now there's a further twist in the tale.

Recently an artist called Eddie Mendoza put up some Batman Court of Owls concept art, and several sites (not us) went crazy even though Mendoza himself said it was just for fun. However, in a surprise twist, that artwork has now been pulled - and fans have noticed that the artist has done work for Warner Bros in the past. Could the artwork be genuinely from the new game? 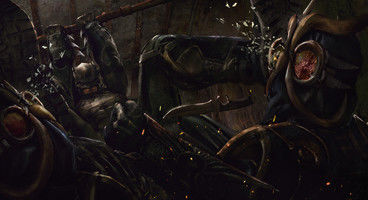 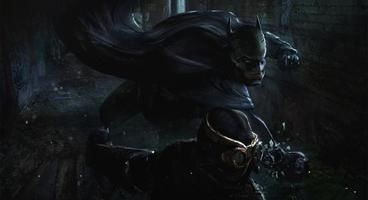 You can see the three pieces of rather excellent concept art by Eddie Mendoza above, showing Batman in a duel with the Talons - the supernatural enforcers of the Court of Owls (as seen in the popular New 52 Batman story of the same name). They were originally posted on his ArtStation account - but they've all now been pulled, as Reddit spotted.

Normally we would not have considered the artwork anything but a talented fan drawing Batman pictures, but the fact that they've been pulled adds more suspicion. Mendoza did indeed do work for Warner Bros and other gaming studios, such as Epic and Firaxis. Furthermore, there's the timing - WB Montreal are teasing their next game for 2019 with images of the Court of Owls, and then suddenly this talented professional Warner Bros artist is posting concept art featuring Batman fighting the Court of Owls' enforcers. Not the Joker, or The Riddler, or anyone more expected.

This could all be nothing, and Warner Bros merely asked him to take the art down as fans were leaping to conclusions. Alternatively, he may have tried to get away with posting genuine concept art for the next Batman game while claiming it was "just for fun", and Warner Bros wouldn't let him. He may have done it a while ago - Batman Arkham Origins came out in 2013, so presumably the game's been in production since then, and Mendoza is currently an Apple employee so it would've had to have been before he started there.

Up to you to decide, readers. Either way - enjoy the cool artwork, and we strongly suspect the new Batman Court of Owls Arkham game will be out this year. Probably.