Prior to its launch, developer Rare has teased one new item coming to Sea of Thieves in its Ashen Winds Update. Called the Ashen Winds skull, it's essentially the game's own version of a flamethrower.

In terms of file size goes, the PC version of Haunted Shores update will require a 6.5 GB download on the Microsoft Store and a 4.47 GB download on Steam. 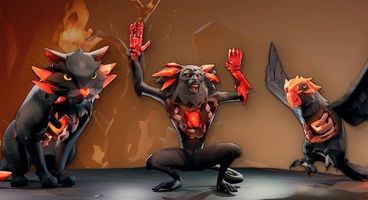 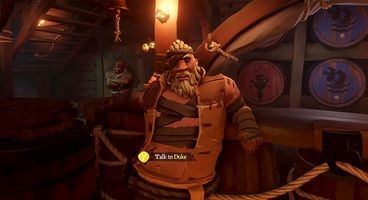 Here are all the changes and additions introduced to Sea of Theives in its Ashen Winds update, as per the full release notes:

Through the treachery of Stitcher Jim and the efforts of all those pirates duped into helping him, Captain Flameheart has amassed the Tomes, Jewels and other ritual ingredients needed to raise up his most loyal followers as fiery Ashen Lords.

It’s as busy as ever at the Pirate Emporium this month, with brand new stock and a little something special underway to mark the occasion of Rare’s 35th anniversary.

Duke is holed up at the tavern waiting for the chaos on the Sea of Thieves to blow over, but he hasn’t forgotten to source some new wares in exchange for pirates’ hard-earned gold and Doubloons…

Dealing Damage Through the Environment

Inactive Ships in The Arena

‘Let Games Read to Me’ Improvements