Sea of Thieves Insider Rewards - What Items Do You Get?

Sea of Thieves' Insider Programme gives those who sign-up to it access to preview builds, letting them test and provide feedback about upcoming features, but not without giving out various rewards.

Aside from getting to test new features before anyone else, members of Sea of Thieves' Insider Programme also get to chat to devs and receive behind-the-scenes updates, on top of the weekly rewards.

But what are these Sea of Thieves Insider rewards? The bulk of them is made up of pouches of gold that will see your treasury expanding every week. At set points, you'll also get new cosmetics and Doubloons. 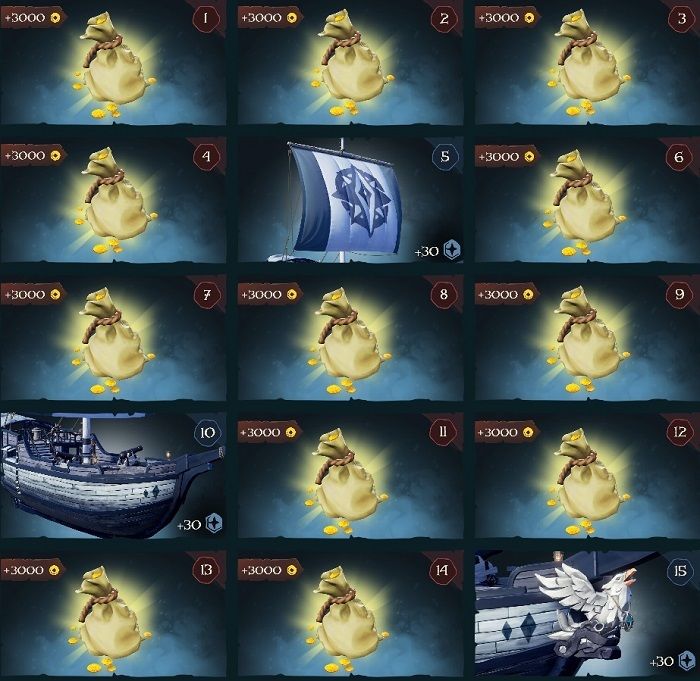 After signing up and being accepted in the Insider Programme, you'll be eligible to get one Sea of Thieves Insider reward each week.

You'll need to play the Insider build for an hour, at which point you'll receive a notification telling you to head back into the live Sea of Thieves build to make use of your Insider reward.

As depicted above, Sea of Thieves Insider rewards largely consist of pouches filled with 3000 gold. On the fifth, tenth and fifteenth weeks, you'll receive cosmetic items that give your ship a glorious white-and-blue look – that includes a triumphant eagle figurehead – alongside 30 Doubloons.

For more help with Sea of Thieves, here's our guide on how to get your pirate hands on Ashen Keys.