Sea of Thieves' Ships of Fortune update is now live, its patch notes revealing the addition of Emissaries, cats and more.

The Ships of Fortune update also brings changes to Sea of Thieves' Arena, reducing the duration of contests from 24 to 15 minutes. 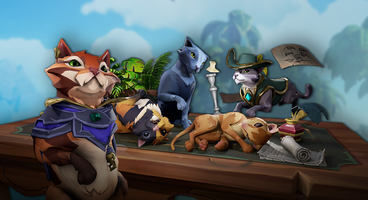 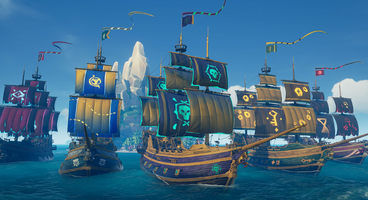 On PC, players can expect a download size of 11.42 GB. Here are all the changes and additions that Sea of Thieves received in its Ships of Fortune update, as per its full patch notes:

Trade routes are quiet as fear rules the waves, and the Outpost Trading Companies are starting to feel the pinch. Their solution? Establish an Emissary service, encouraging bold pirates to represent them in the face of danger, and reward them handsomely for their duty! Find out more in our Emissaries video guide.

With Captain Flameheart threatening revenge and The Reaper’s Bones rocking the boat, the Sea Dogs have reacted in the only way they know how – by making their own Arena contests even more fast and frantic!

As Trading Company Emissaries sail out to defend against the menace of the Reapers, why not take a breather, drop by the Pirate Emporium and browse its new selection of fluffy feline friends?

While the Trading Companies ramp up their recruiting efforts and keep a wary eye on the Reapers, Duke is happy to take a load off share a grog or five in the tavern. Fear not, he continues to stock the Black Market with new items for your hard-earned coin!