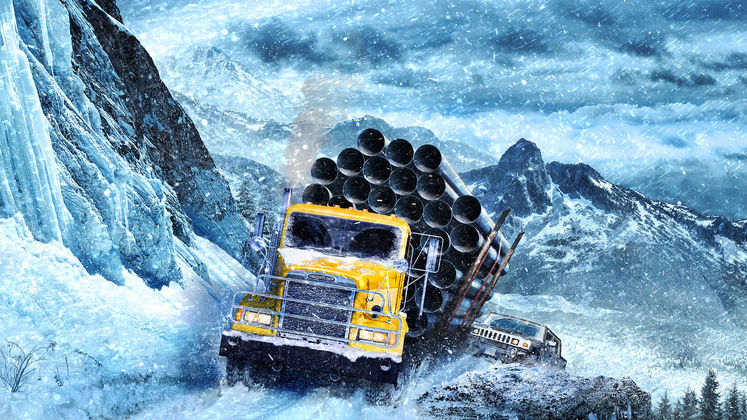 Co-op ice road trucking simulator SnowRunner released hotfix 4.1 today. The developers, Focus Home Interactive, have also announced the release of a Public Test Server for PC players, which will allow anyone willing to test patch 5.0 ahead of its launch.

SnowRunner's Community Manager has said the test server "includes a fourth Taymyr map, multiple save slots, and much more," while stating that "the full list of new features will be included in the announcement later today!"

There is quite the list of bug fixes to go through, some of which address players very serious concerns such as save game corruption and truck losses.

SnowRunner is available from Epic Games from £34.99 with additional DLCs and a season pass option.