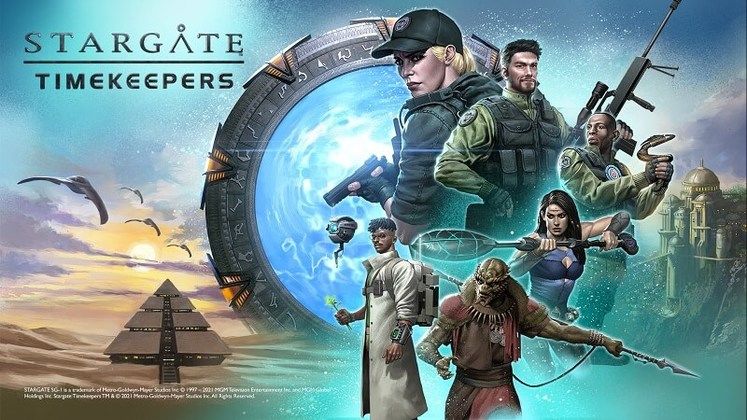 Stargate: Timekeepers counted among the games featured during publisher Slitherine's Home of Wargamers 2021 Live+ Winter Edition event, where we got our very first look at gameplay from the upcoming real-time tactics game.

The mission showcased focused on a small team of two specialists navigating an area filled with enemies using lots of stealth and their unique abilities. Rather than take foes head-on, you'll have to be aware of their line of sight and carefully move around the environment making use of bushes to keep you hidden. 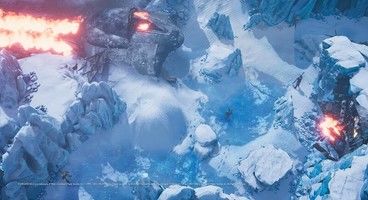 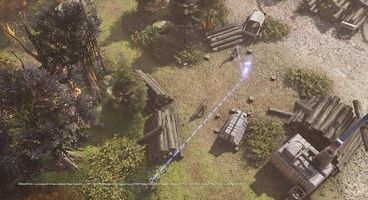 One approach that was often used in Stargate: Timekeepers first gameplay video involved using abilities to distract enemies before quickly moving in, taking them down, tying them up, and disposing of them.

Later on, one specialist interacted with the controls of a nearby crane to swiftly remove a rather unlucky enemy. That being said, the video only featured raw gameplay, did not include sound, and lacked "final polishing," according to the publisher.

Slitherine later shared gameplay of two missions from Stargate: Timekeepers which did, this time around, feature audio. You'll find the videos embedded below.

Based on the small chunk of gameplay we saw, the game looks inspired by the likes of Commandos and Shadow Tactics: Blades of the Shogun.

Developed by Creative Forge Games, Stargate: Timekeepers branches off from the plot of the show's seventh season, telling its own original story.

Unfolding over 14 narrative-rich missions, it all begins during the Battle of Antarctica, where Commander Eva McCain and her forces provide support as the SG-1 fights against Anubis’ fleet.

The title also focuses on helping the Jaffa Resistance, allying with the Unas, and efforts to defeat Goa’uld system lord Dolus while escaping a time loop in which your team is caught. Choices matter, according to the publisher, the title's campaign having "multiple potential outcomes."

Where Eva McCain is a master of hand-to-hand combat and automatic rifles, Max Bolton brings agility expert sniper skills to the mix, also being able to climb "difficult surfaces" in search of a vantage point.

Along the way, you'll also meet A’ta, a Jaffa rebel, thief, and master of the short-range Ma’tok staff, alongside Xugga, "a powerful yet good-natured Unas veteran."

Success in Stargate: Timekeepers relies on using these character abilities to their full potential and the game's Tactical Mode lets you synchronize your actions perfectly.

Stargate: Timekeepers is due out on PC in 2022.