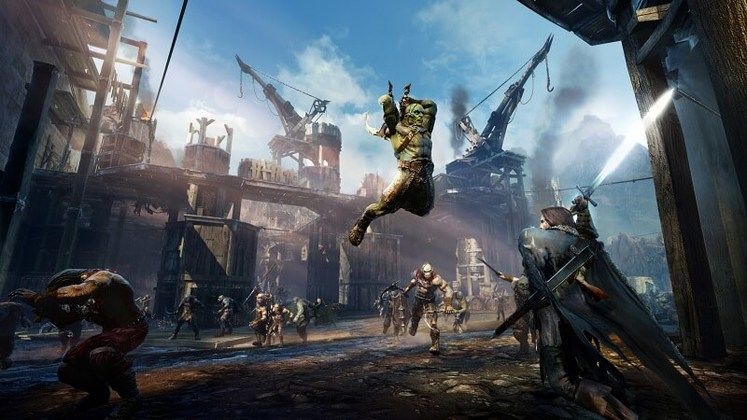 To many the quintessential fantasy universe, The Lord of the Rings has seen quite a few video game adaptations over the years that followed both familiar and less known stories from a variety of perspectives.

The best Lord of the Rings games on PC range from older, slow-paced RTS to an MMORPG that held hopes of becoming a WoW killer and even more casual games, offering a diverse palette that has something for every type of gamer.

And, with The Lord of the Rings: Gollum on the horizon, fans of LOTRO video games have something to look forward to while dipping into the picks that made our list of the best LOTRO games on PC. 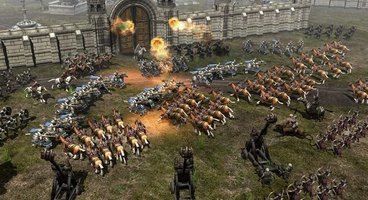 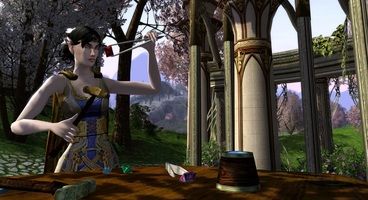 The entries on our list of the best Lord of the Rings games on PC accommodate both those familiar with the inner workings of Tolkien's vast universe while also acting as potential gateways into it for gamers discovering it for the very first time.

Our list of the best Lord of the Rings games on PC will see new entries added over the coming months, so be sure to check back and for new LOTRO games you can check out.

LEGO Lord of the Rings 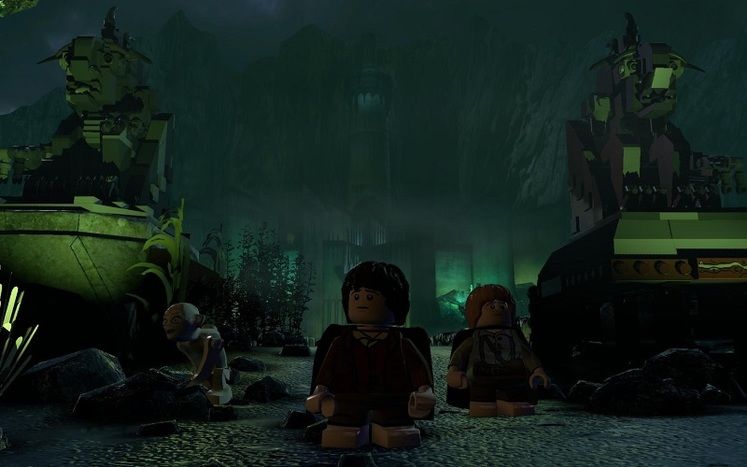 Arguably the most welcoming entry on our list of the best LOTRO games on PC, LEGO Lord of the Rings retells the story of the popular movie trilogy, taking players through LEGO-made renditions of its most iconic moments. You'll take control of both major and minor characters from the movies and do battle against Orcs, Uruk-Hai and the Witch-king himself. The title retains the comedic tone of previous LEGO games while ensuring that its gameplay remains approachable and fun.

In our review, we said that LEGO Lord of the Rings "managed to pack in an exciting, thrilling and funny adventure with lots to explore and hours of gameplay to make the whole package feel not only fresh but epic to boot" before awarding it an 8.5 score.

The Lord of the Rings: The Return of the King 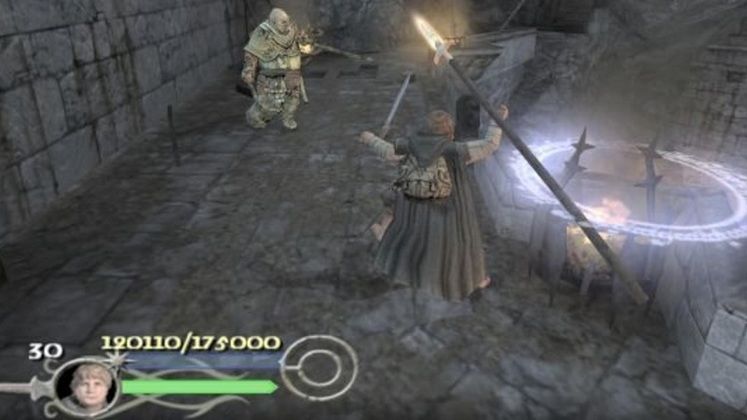 The Lord of the Rings: The Return of the King might have not reinvented the wheel but it successfully brought players closer to some of the most recognizable places from the trilogy's last two movies. A fixed camera action-RPG, players took control of characters like Gandalf, Sam, Gimli or Aragorn and proceeded to cut down waves upon waves of enemies.

Some of its combat sequences could prove quite difficult to beat, the player's performance being graded during fights. At the end of levels, experience points could be spent to improve your heroes' abilities. Sadly, the game is no longer sold physically or digitally due to publisher EA's LOTRO license expiring, but, should you find a dusted copy somewhere, it's very much worth a shot.

The Lord of the Rings - The Battle for Middle-earth II 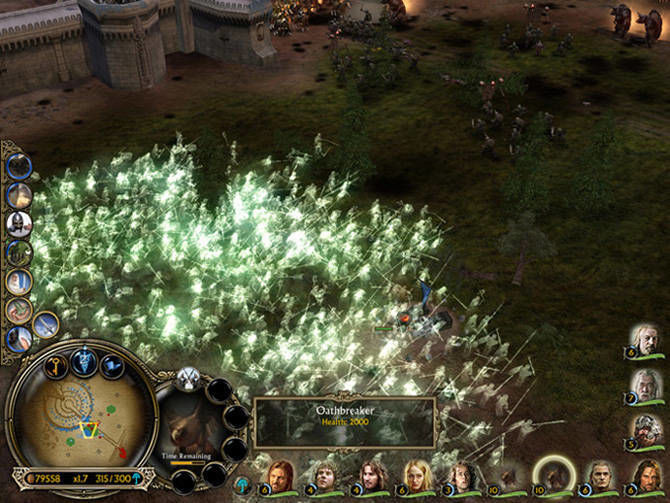 Another older title on our list, The Lord of the Rings - The Battle for Middle-earth II is a real-time strategy game that expanded upon the original's recipe in a couple of great ways. The sequel removed the fixed building slots, giving players the freedom of setting buildings down wherever they wished.

It also added new factions (including an expansion focusing on the Witch-king's rise) and featured both good and evil campaigns. The large scale of its battles and overall gorgeous visuals (we still remember how great its reflective surfaces looked at the time) cemented it as one of the strategy games that genre enthuiasts need to look out for. Sadly, just like with Return of the King above it, BfMEII is no longer available for purchase. 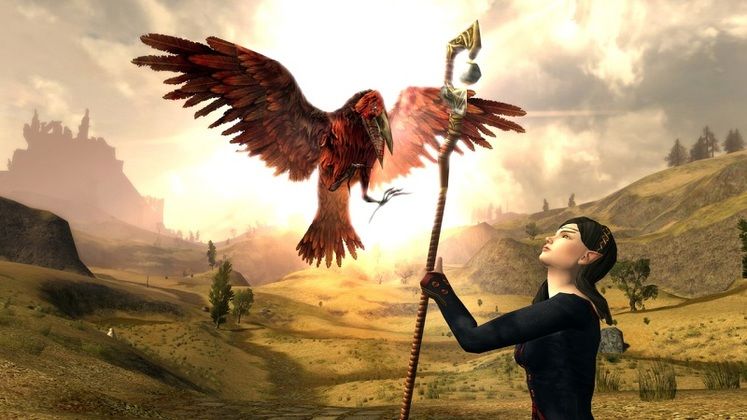 LOTRO has entered its fourteenth year of existence being one of the MMORPGs that can boast about its longevity. During this time, the game has allowed players to step into Middle-earth as one of six races and ten playable classes, each with its own abilities and role.

The game has received several expansions that open up more of Tolkien's iconic world. While, like other MMORPGs, it didn't manage to dethrone WoW, the game has managed to retain a dedicated following that still plays it to this date, in spite of its aging visuals. 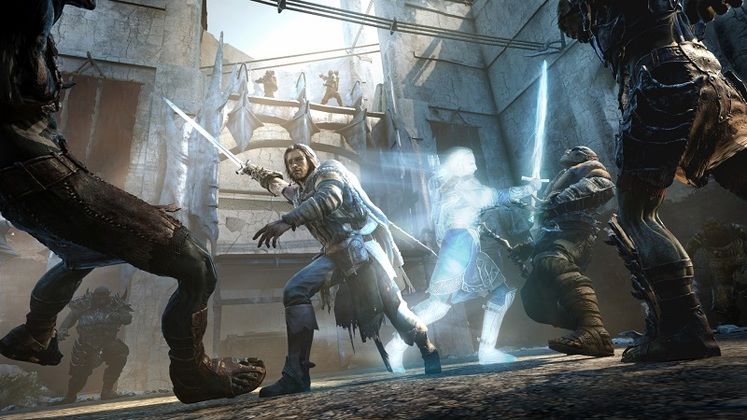 Monolith's third-person action-adventure game got a lot right from its intense combat to its beautiful visuals. It also has a badass protagonist who, driven by vengeance and aided by an elven ghost that inhabits his body, sets off to sow chaos among Sauron's Orc armies. The freedom to approach missions however you see fit and it upgrade system kept the game fresh through to its end, but what really sets it apart from other titles is its Nemesis system.

This system organically turns Orcs you meet into enemies that learn to counter you or get weaker after losing fights, essentially developing rivalries as time goes on. They're also the keys to infiltrating their hierarchy and getting to their leaders which, ultimately, help you reach your goal. Shadow of Mordor got an 8.5 from us impressing us enough to call it "without a doubt the best experience set in Middle-Earth, but also stacks up against any action fantasy adventure, whether with a cape and cowl or haystack diving."

How would your list of the best Lord of the Rings games on PC look? Let us know in the comments. 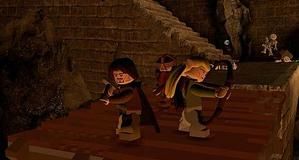