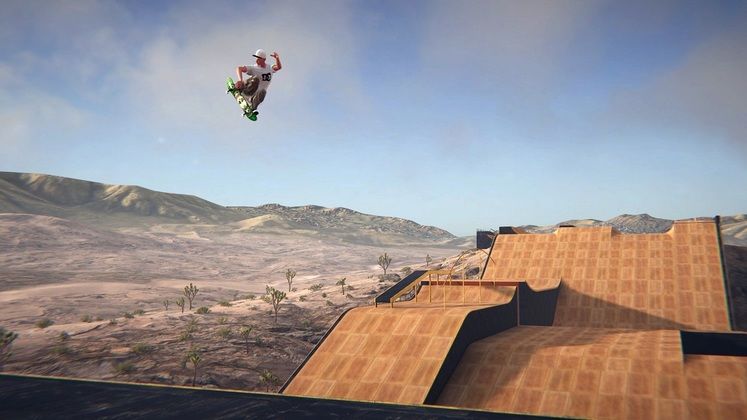 What are the best Skater XL mods? Which mods should you pick from the game's already generous library when looking to squeeze as much enjoyment as possible out of your time spent in its skate areas?

Skater XL's release is a long-awaited moment for skateboarding game fans, a demographic that hasn't had too many new titles to sink into. On top of getting a fully-fledged game that lets you play as either the sport's acclaimed pros or a character of your own making, it also happens to be a title that already has a strong modding community behind it.

Our list of the best Skater XL mods aims to highlight a variety of picks from those that affect gameplay to others introducing new maps and even cosmetic items. 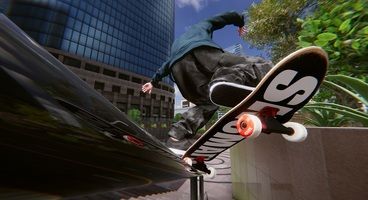 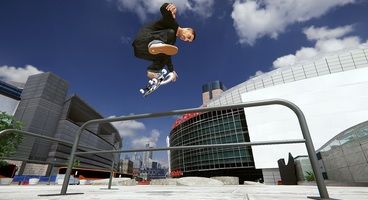 Although Skater XL didn't launch with Steam Workshop support, plenty of mods await enthusiasts on mod.io, website which also acts as a home for anyone on the lookout for SnowRunner mods.

Our list of the best Skater XL mods will grow as time passes, so be sure to bookmark us or check back regularly to find new picks.

The XXL mod gives players the ability to change values tied to different aspects of the game's moves, including manuals, grinds, bodyflips, and more. Using multiple handy sliders, you can tweak the behavior of your skater to best suit your preferences, going beyond what the base game allows. If you find a mixture of settings you're fond of, you can save it as a preset that can also be shared. Find it on mod.io. 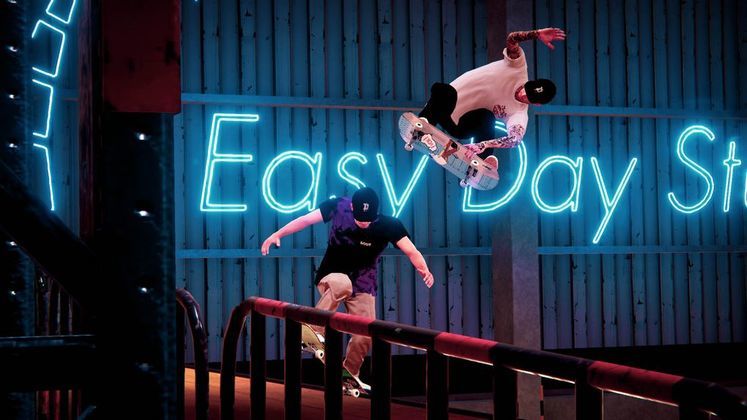 Skater XL might have launched as an exclusively singleplayer game, but if you like the idea of skating alongside your friends or even strangers, the XL Multiplayer mod has got you covered. Supporting both public and private servers while showing everyone's animations as they are regardless of their installed mods, XL Multiplayer adds a missing element of community to Skater XL. The cherry on top of the cake is its replay support that lets you record any sick moves you might pull off alongside others. Grab it from mod.io. 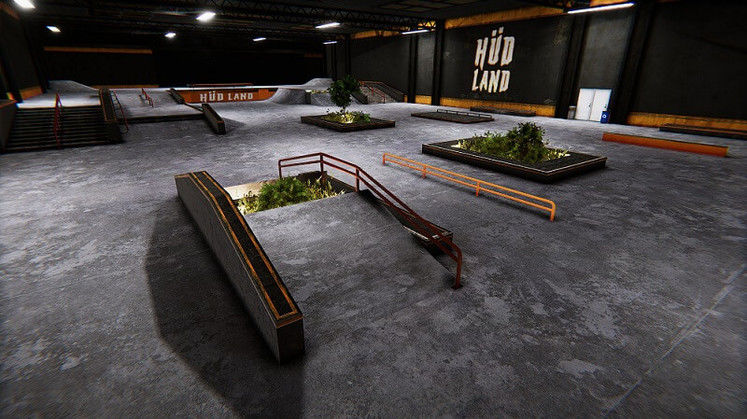 Ever felt like Skater XL's maps could use some additional objects? The, XXL Map Editor mod is one you'll want to try out as it lets you do just that. Aside from spawning in new objects to make maps your own, you can also change the time of day. Get it from mod.io. 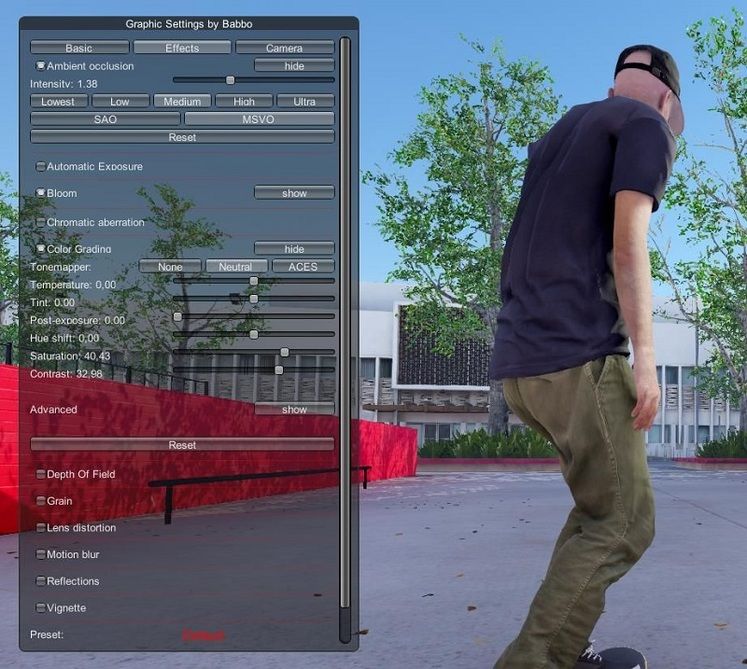 XL Graphics is a SkateXL mod that gives players access to both an entire suite of graphical settings which they can individually tweak and settings for the game's camera. Installing the mod lets you remove motion blur, apply a fisheye effect and much more. Find it on mod.io. 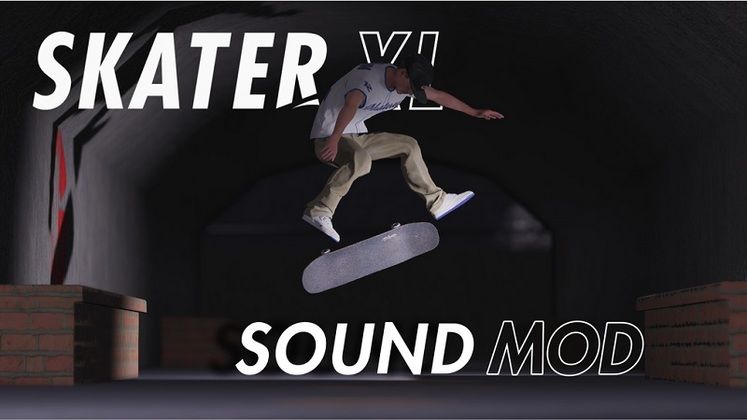 SoundMod replaces SkateXL's default audio with more than 160 new sounds recorded by mod creator jbooogie. These include new pop, scoop and land sounds that aim to provide a more accurate audio experience. As a bonus feature, the mod also lets you mute the game's intro music. Get it from mod.io. 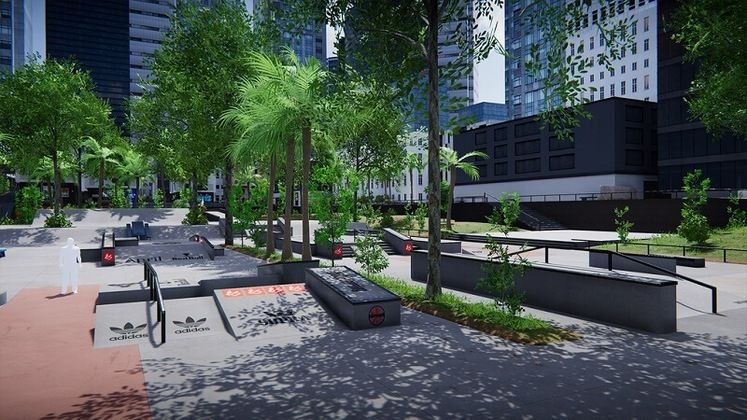 One of SkaterXL's most popular map mods, Applewood Park adds a new urban level that aims to cater to all styles of skating. In it, you'll find a concrete skate park, multiple street spots, stair sets, and more where you can showcase your skills. On top of that, the map comes with both a day and night version. Find it on mod.io. 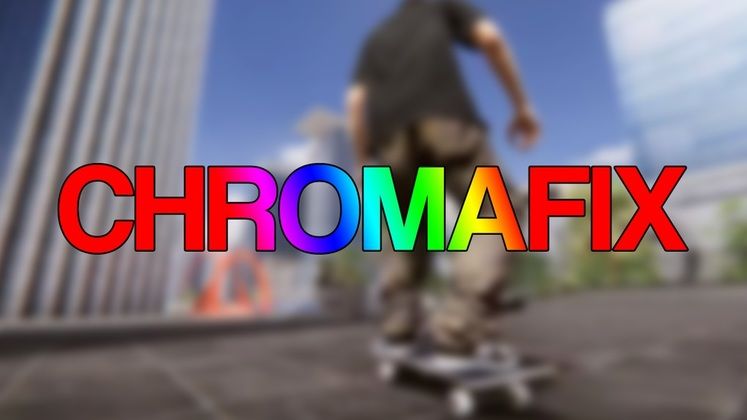 Some mods are straightforward while getting rid of more annoying elements in a game. SkaterXL's ChromaFix and MotionBlurFix mod removes the game's distracting chromatic abberation and motion blur, resulting in a clearer picture. You can also opt for removing just the former, should you be fine with the motion blur. Grab it from mod.io. 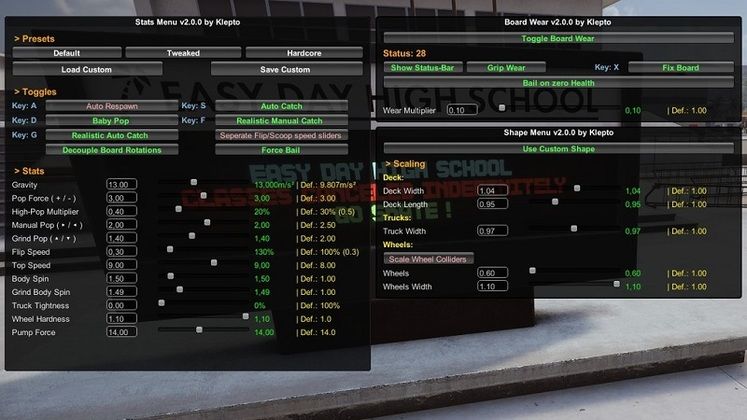 A package of three mods for Skater XL that can be downloaded individually, Stats Menu | Board Wear | Shape Menu adds three new menus to the game. The first is filled with sliders that alter character stats, the second adds options to increase your skateboard's wear, while the last brings sliders that allow you to scale your deck, trucks, and wheels. Get it from mod.io. 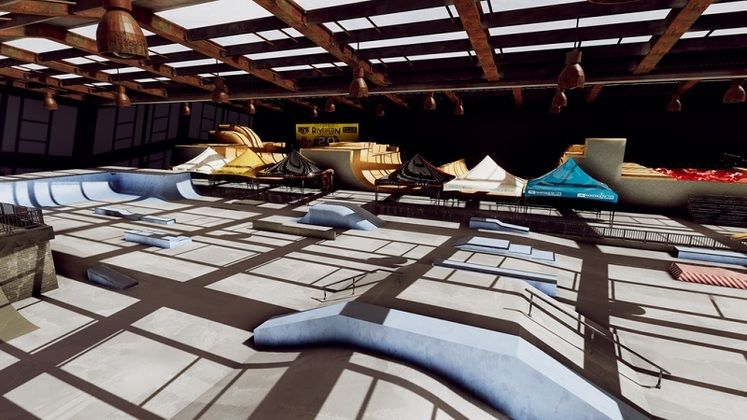 Why add just one skate park when you can create a map out of several of them? That's arguably what Riverfern creator taitjames asked before bringing the Skater XL mod to life. Offering ample opportunities to pull off cool tricks and showcase your skills, the map blends together the Fernside, Riverslide, Belconnen, Bondi skateparks alongside several others. Grab it from mod.io.

Let us know how your list of the best Skater XL mod looks in the comments below! 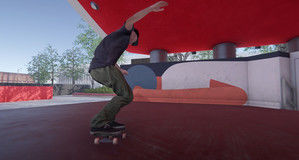